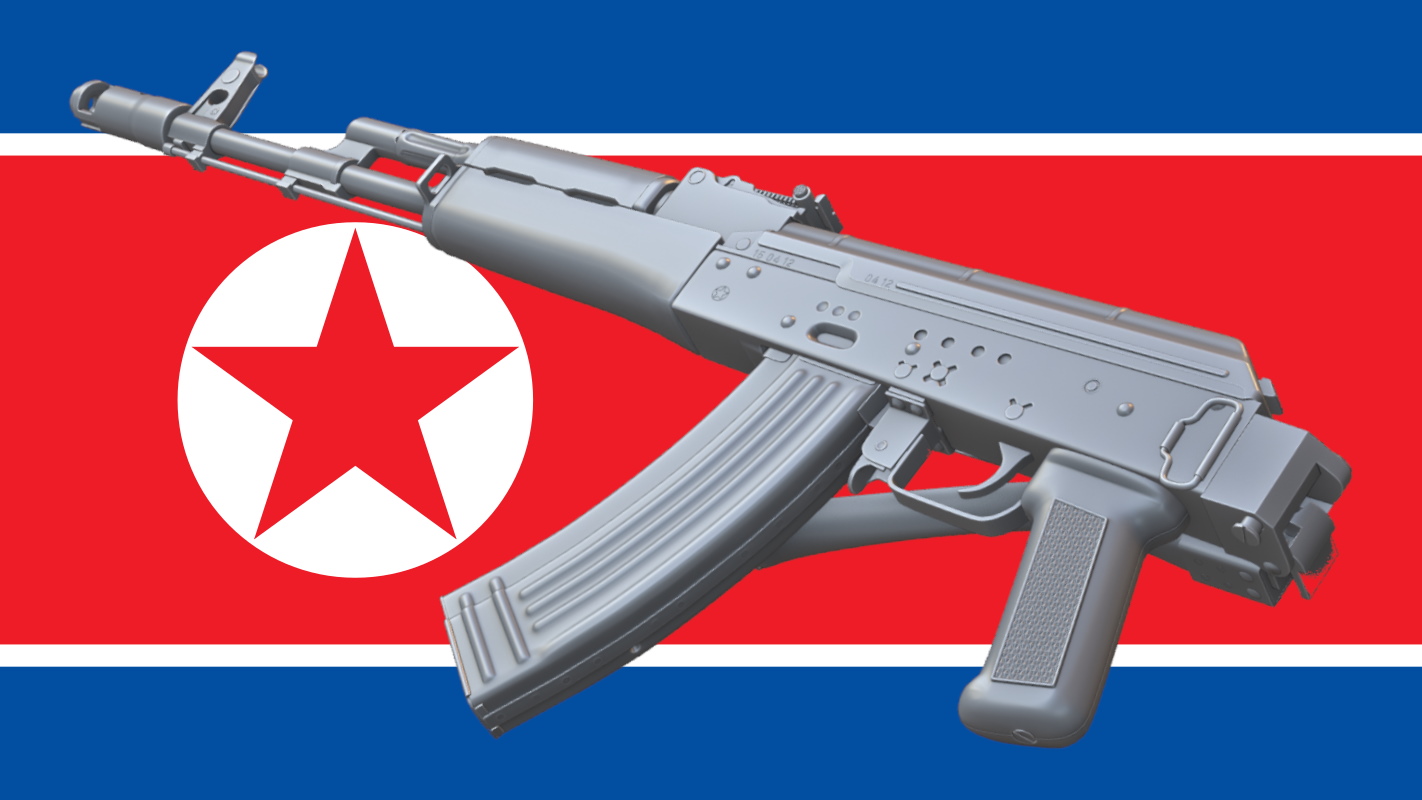 As we work further on our West German content that we showed off in our last development update we've also been working on a few other additions. This includes the addition of vehicles, compass models, barrel heat haze, weapon resting, overpenetration mechanics, scope shadow simulation, scope parallax, and one final, more irregular inclusion, the North Korean Type 88-1 rifle.

Starting off, those who have been following our Twitter page have likely seen our previews of various new vehicle models present at the NATO and Pact ranges in-game; so far these include the BTR-70, T-64BV, Ural-4320, Leopard 1, TPz 1 "Fuchs", and the M939 truck. 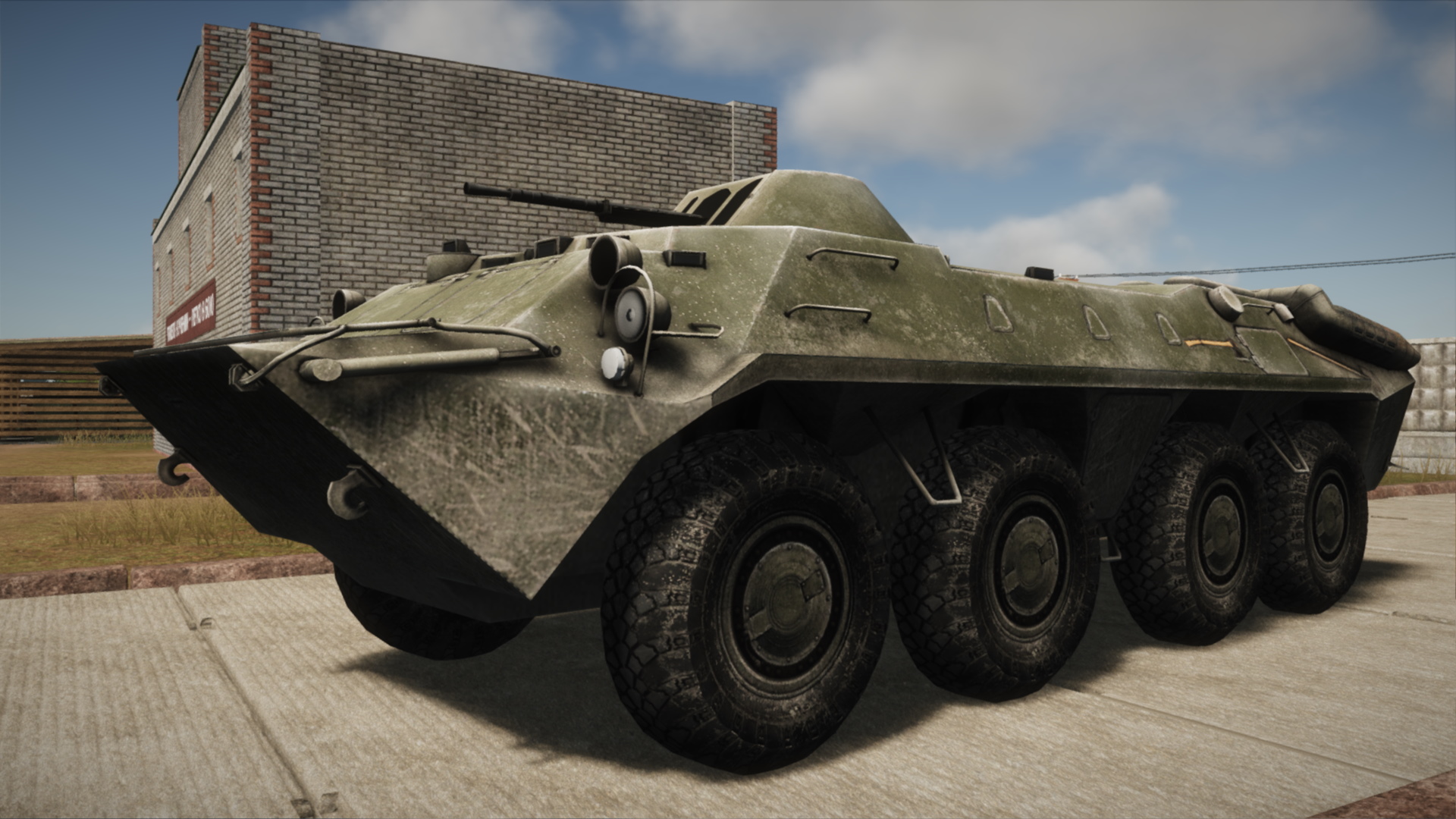 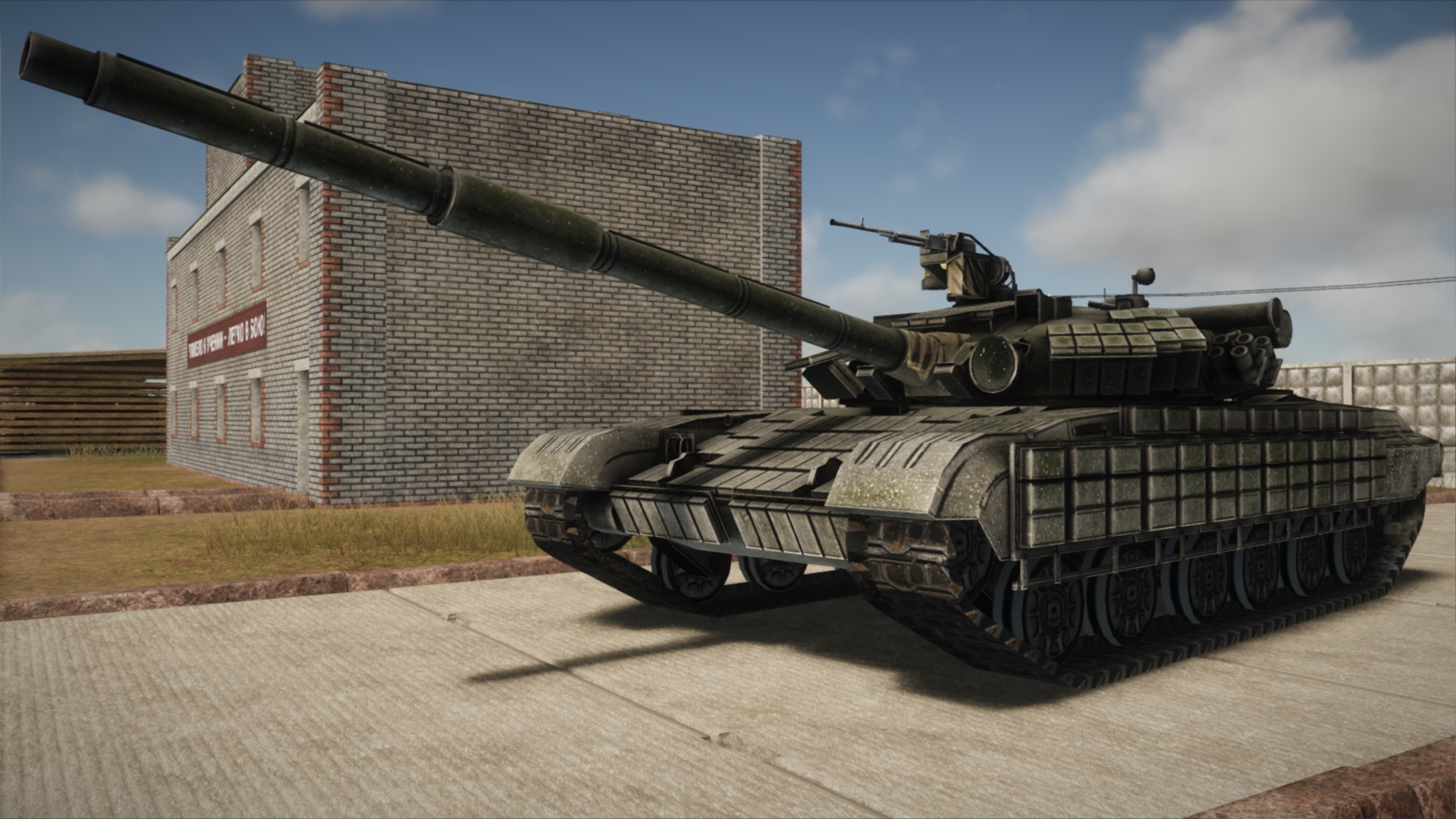 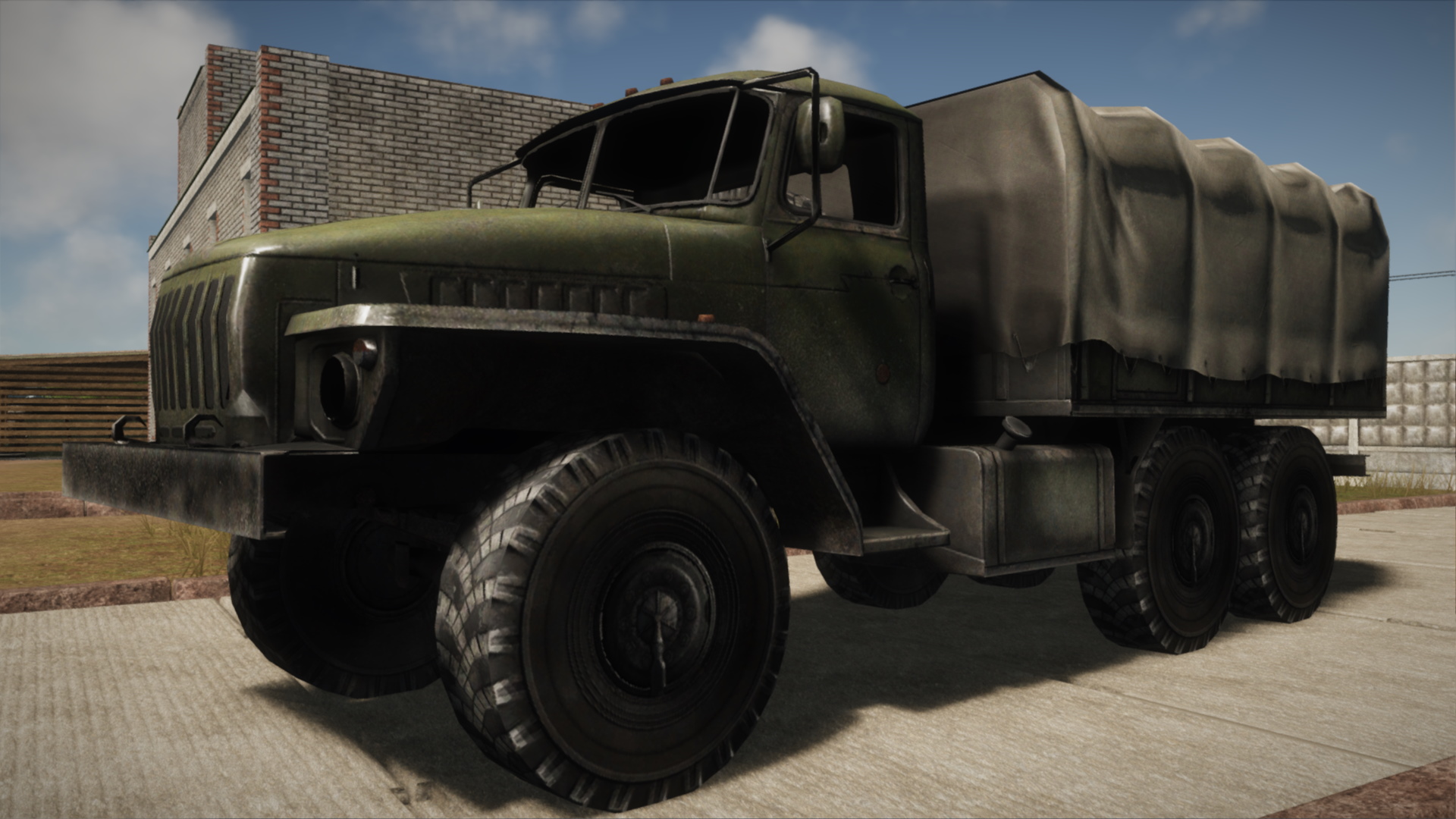 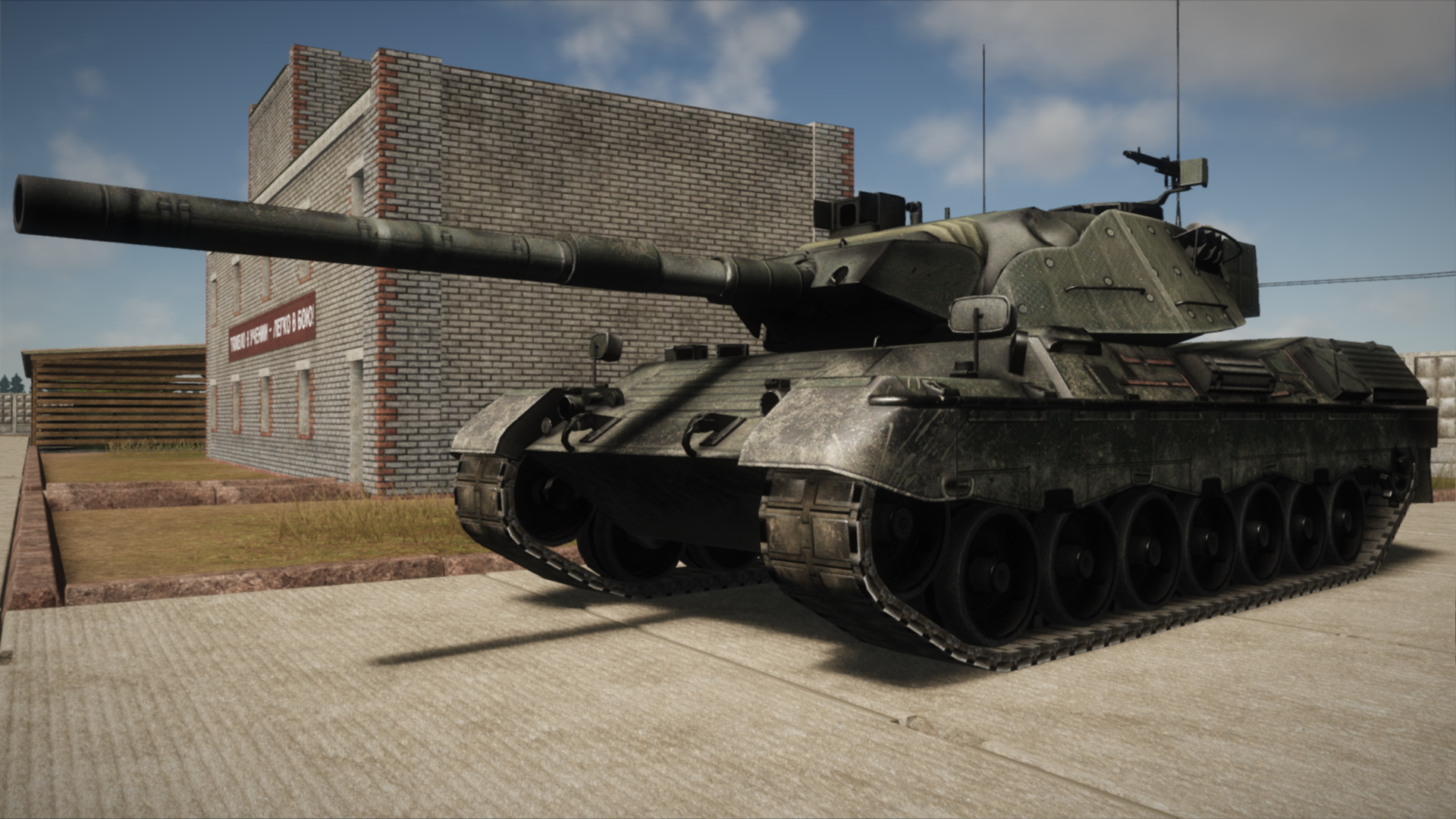 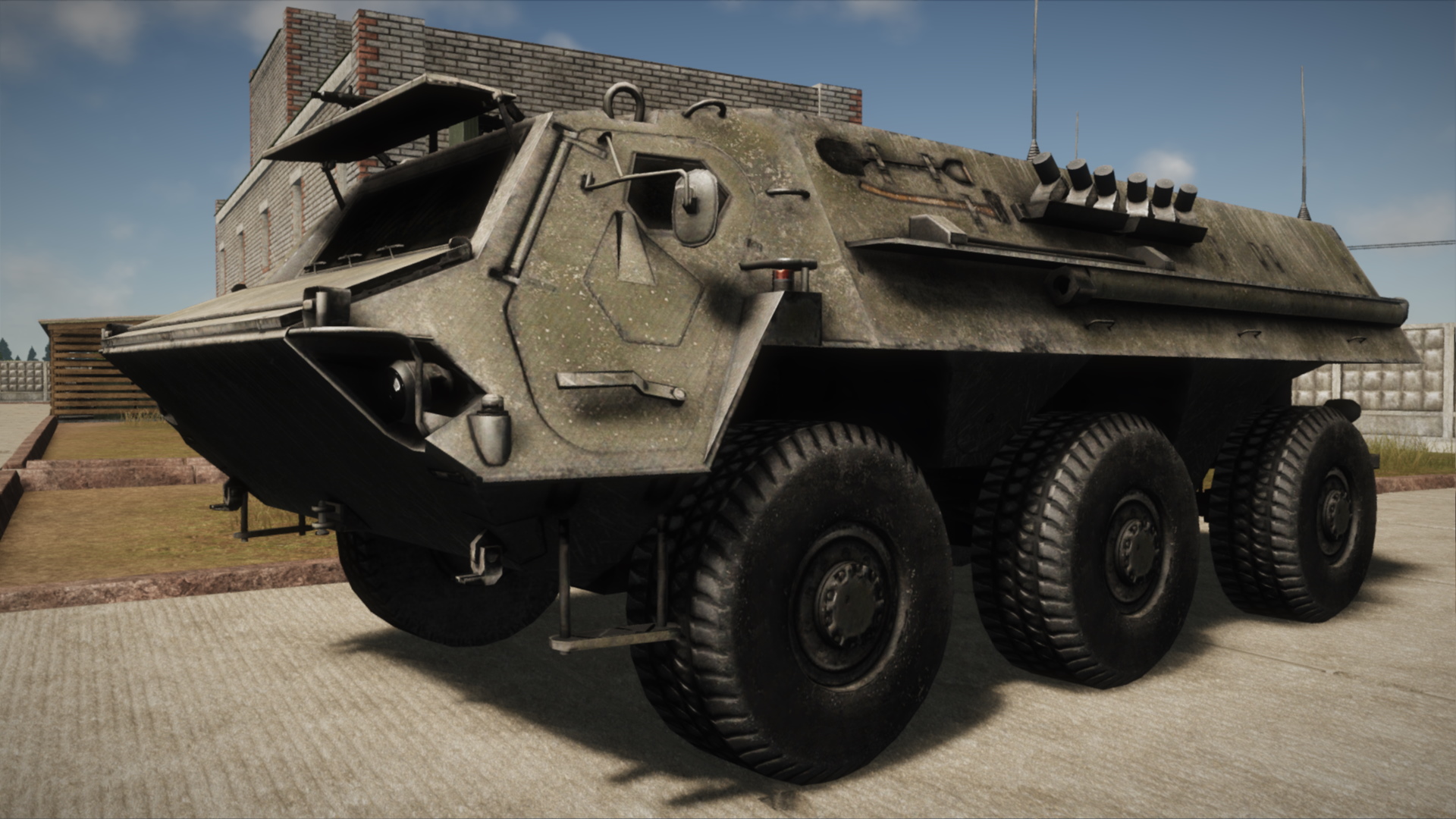 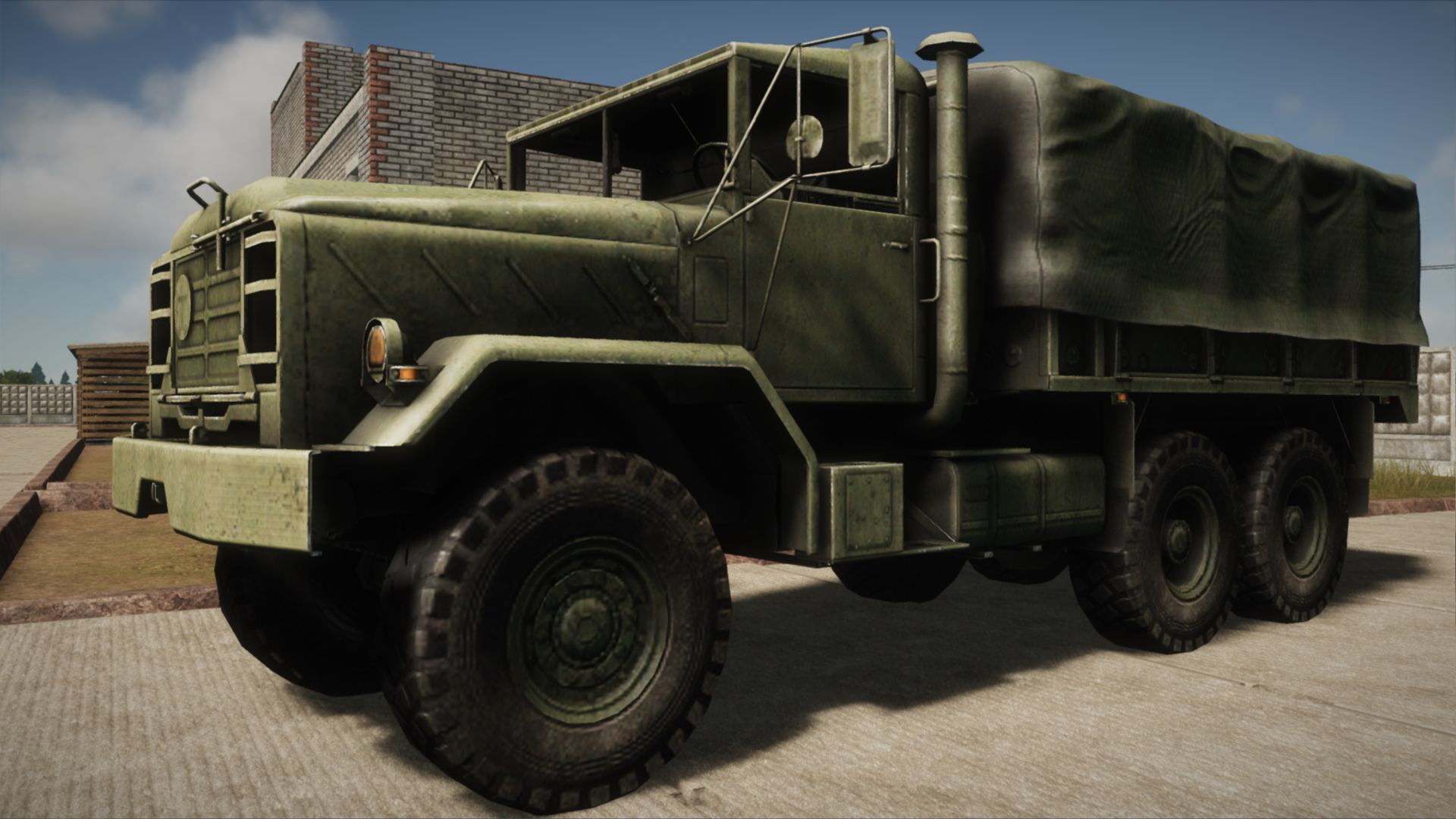 Currently these vehicles are only stationary and their lower-poly models only temporary, but later on we intend on both improving said models and making them fully functional, allowing you to tear up the battlefield at a faster pace, on a larger scale. 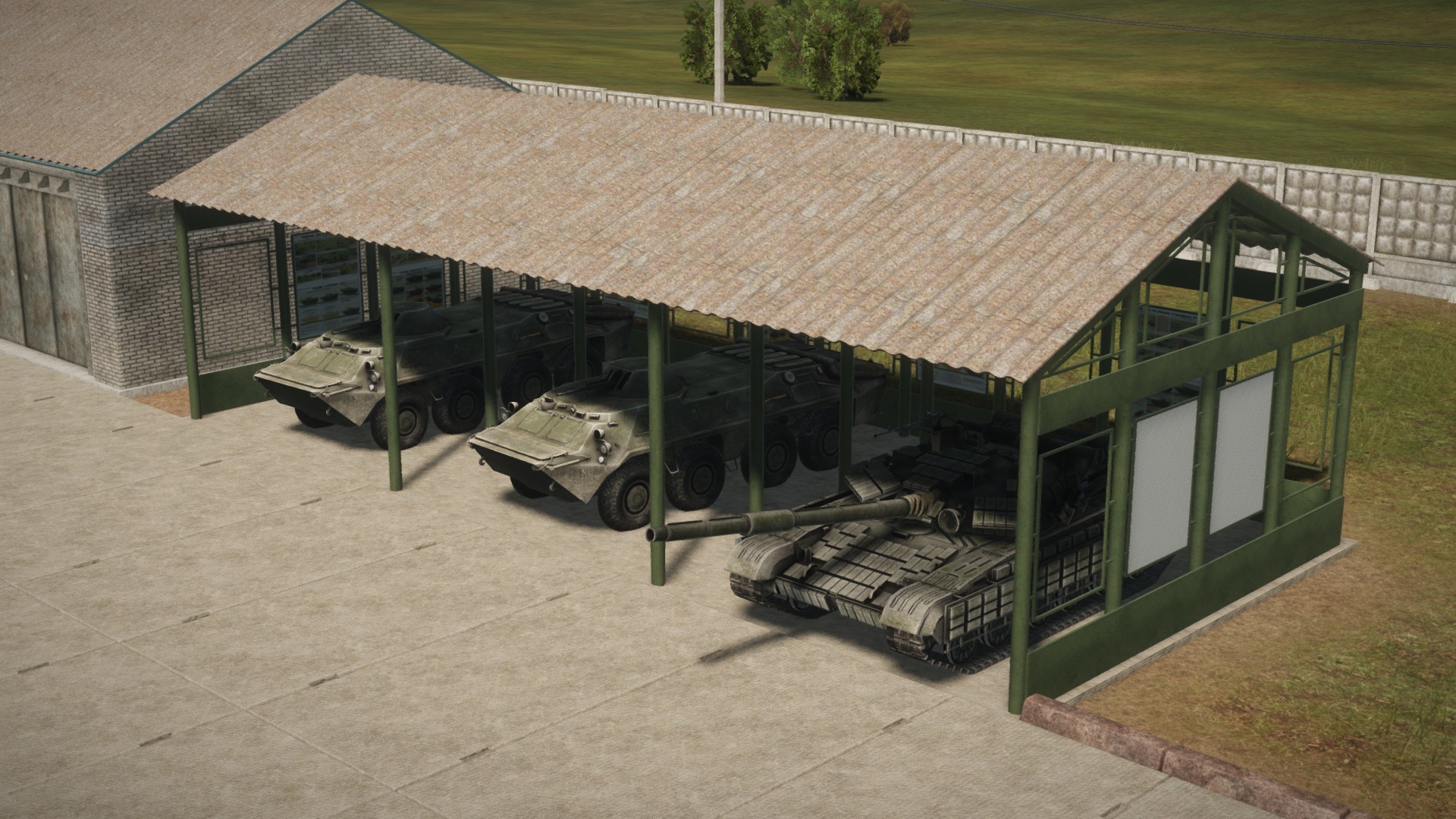 On a much smaller scale, we've also been adding faction-specific compasses, which will function as an actual usable item in-game, instead of just a standard HUD element like many other games (which trivialises map navigation and reduces communication between squad members to quickly shouting out various random exact compass coordinates). 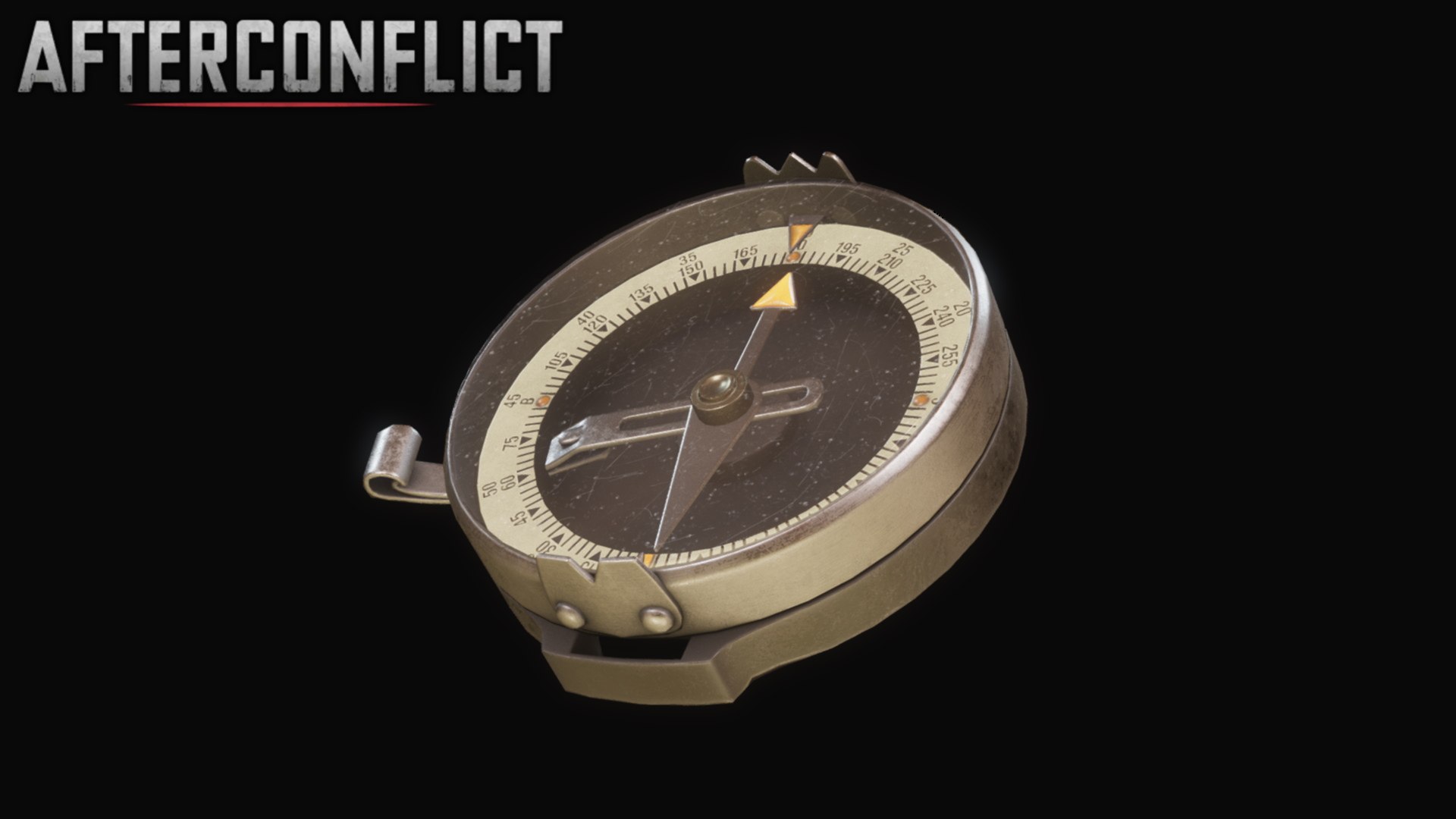 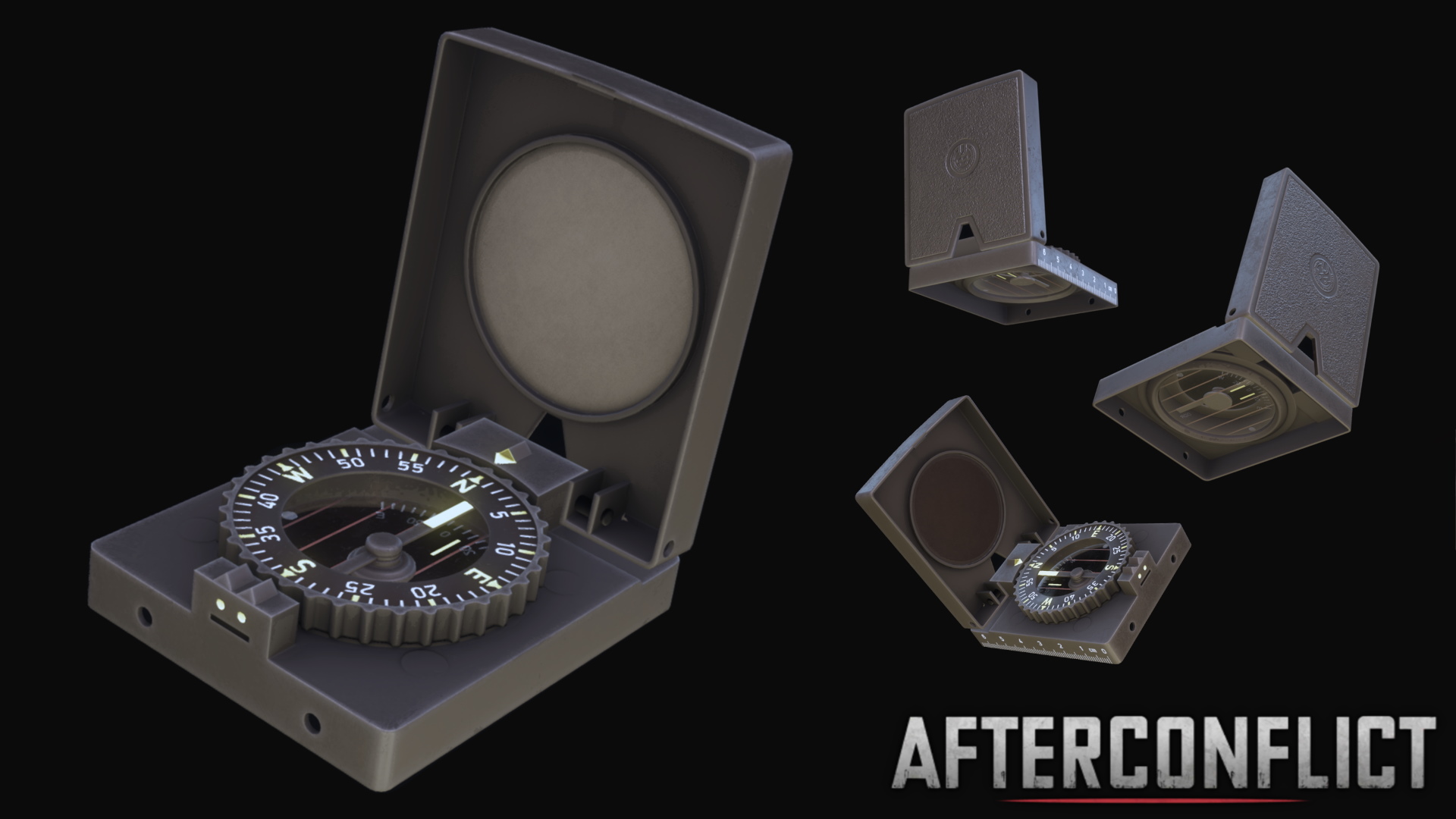 Each faction will have their own appropriate compass design, so keep an eye out for the West German CONAT compass and the United States' famous M-1950 compass soon!

In reality, firing off a large amount of rounds in a short period of time will cause a weapon's barrel to heat up, this results in not only the barrel expanding and reducing accuracy, but if the barrel is hot enough it'll create a heat haze, which will rise from the barrel and affect visibility, as seen here.

If you're thinking about firing rounds on full-auto at all, it pays to have your weapon rested on a surface, which we've also implemented!

In Afterconflict, weapon resting not only steadies your weapon, allowing you to take more precise shots, but it also allows you to freely and smoothly peak over cover, ensuring that you're in the best possible position to fire, whether it be returning fire on an enemy that has opened up on you, or setting an ambush.

We've had a lot of great reception regarding the accuracy of our weapon ballistics, and we thank you greatly for it! 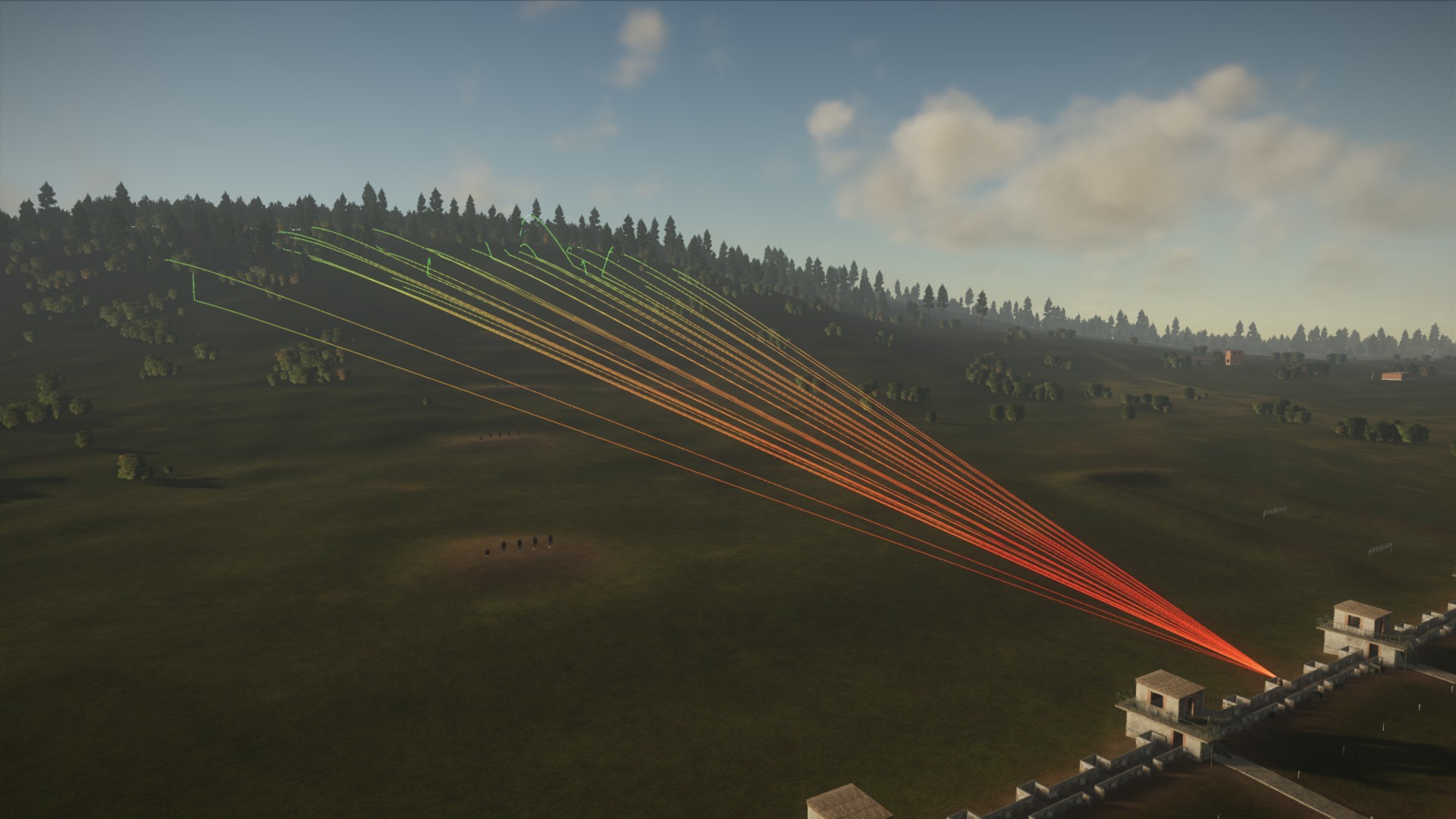 Since reception has been so great, we've been showing off the trajectory of rounds fired in our firing range (including ricochets), along with their velocity, as seen here! 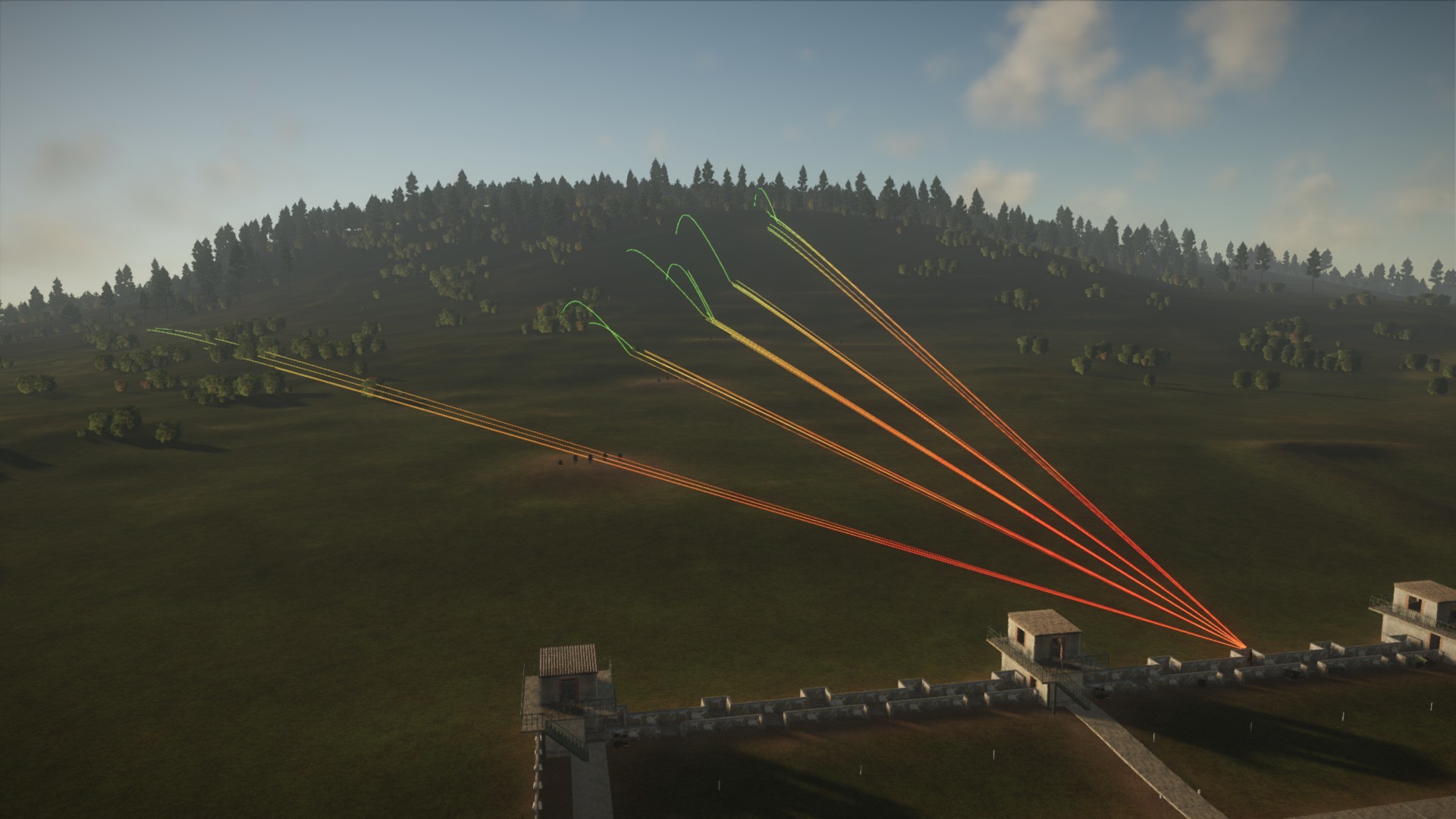 Along with the valid reason for the implementation of this feature being "because it looks cool and people enjoy us posting screenshots and videos of it", it also serves an important purpose in testing another feature we've recently implemented, that being overpenetration.

Here's an example of 7.62x39 being fired from an AKM through wood, brick, and sheet metal. 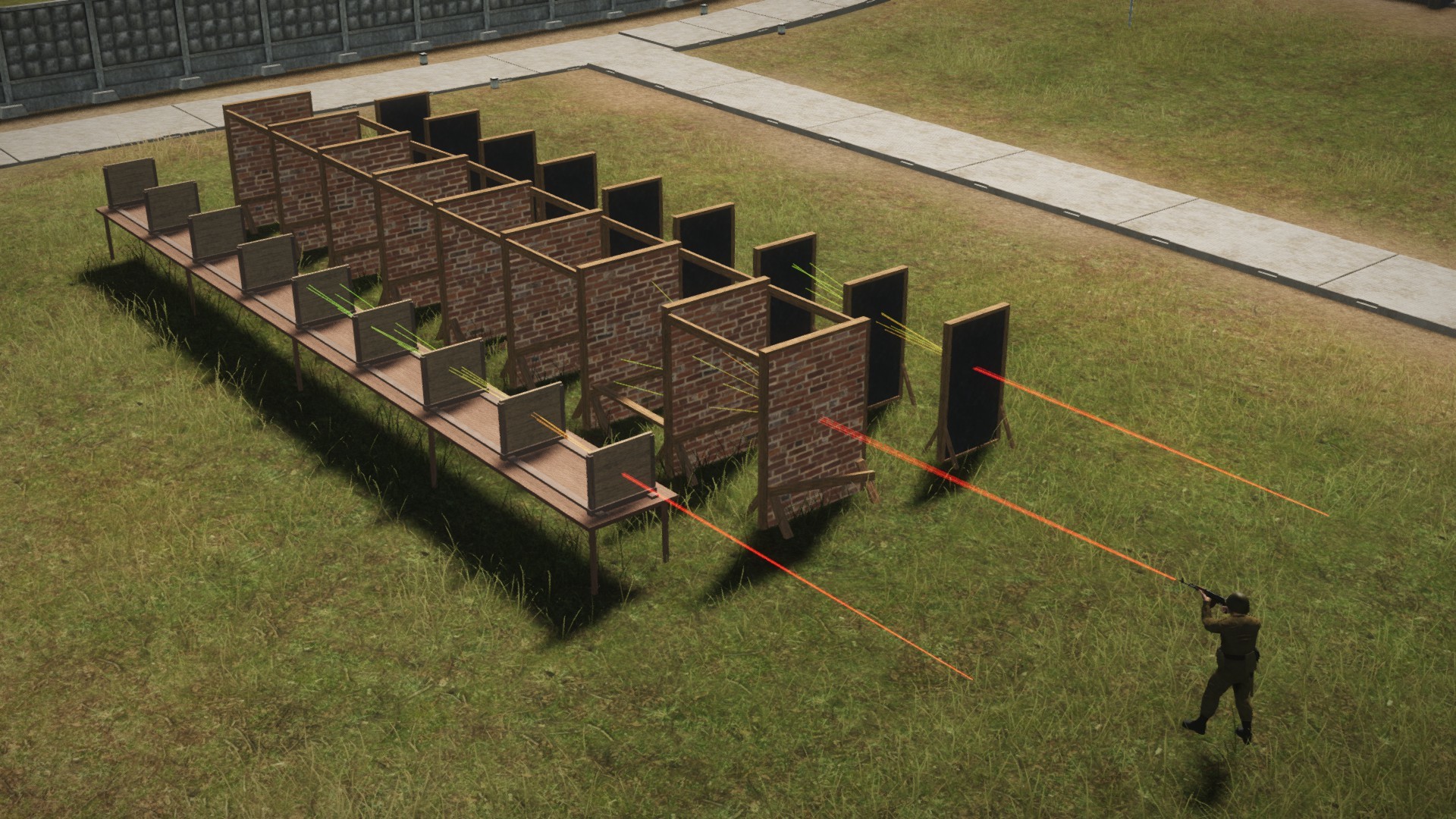 Penetration varies depending on material, that means that unlike in many other FPSes where basic cover gives you the comfort that you're protected against enemy fire, in Afterconflict you must choose your cover wisely depending on the enemy's position, armament, etc., lest you sit in a wooden shack and it gets hosed by 7.62x51 MG3 fire... 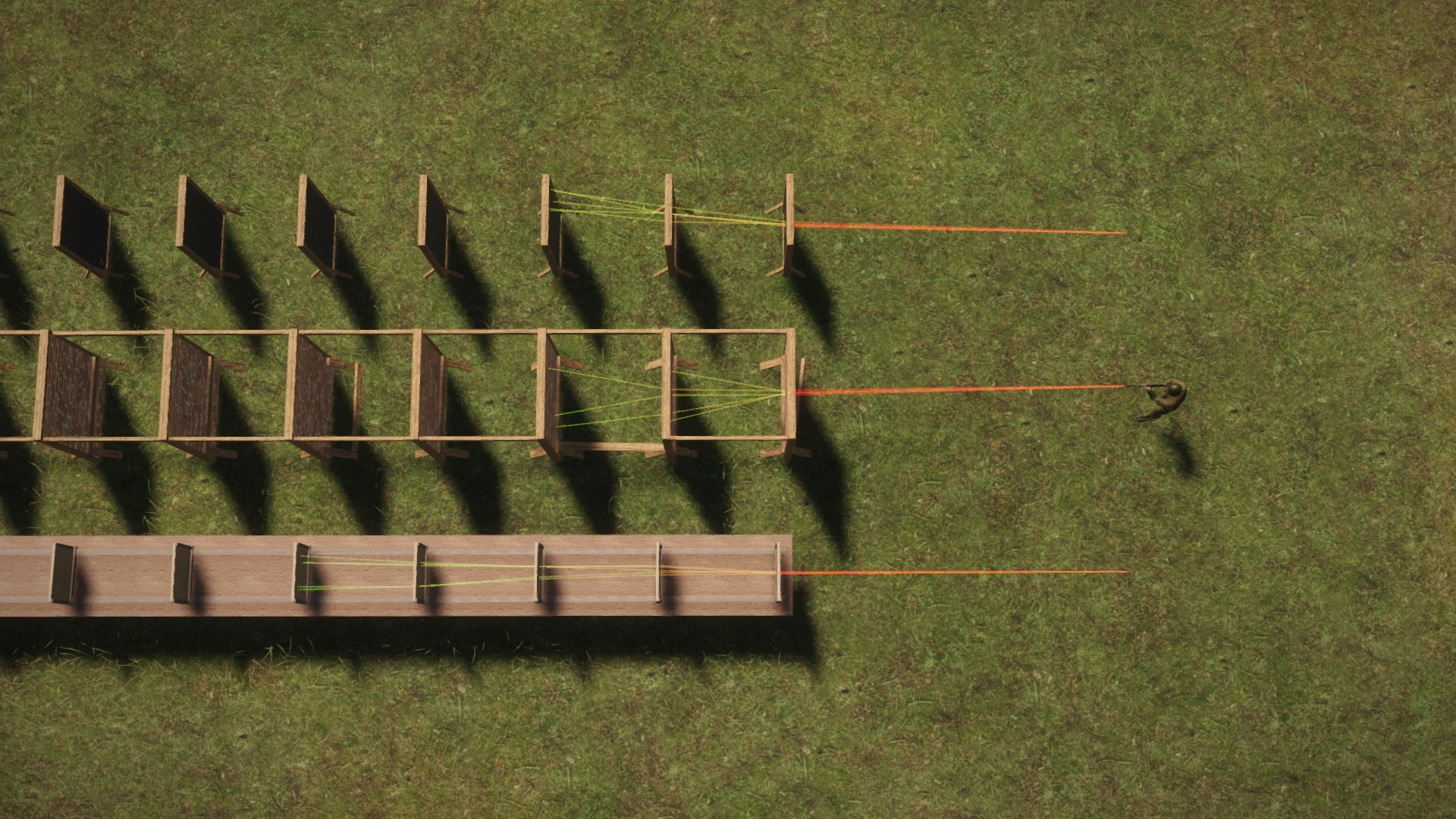 Contrary to indiscriminate machine gun fire, scopes allow for more precise, deliberate shots at long ranges, and we have made it a priority that they are portrayed as accurately in-game as possible, and one of the ways we have recently improved that is by adding a physically accurate scope shadow simulation, making scopes feel like scopes, not just a circle showing a zoomed in picture of whatever's in front of it.

Our dedication to the realistic portrayal of scopes also includes the portrayal of scope parallax; scope parallax occurs when you move your eye position while looking down a scope (especially those with higher magnification), causing the reticle to seemingly shift position (though the reticle itself doesn't move, it's just perception-based), making accurate fire difficult. 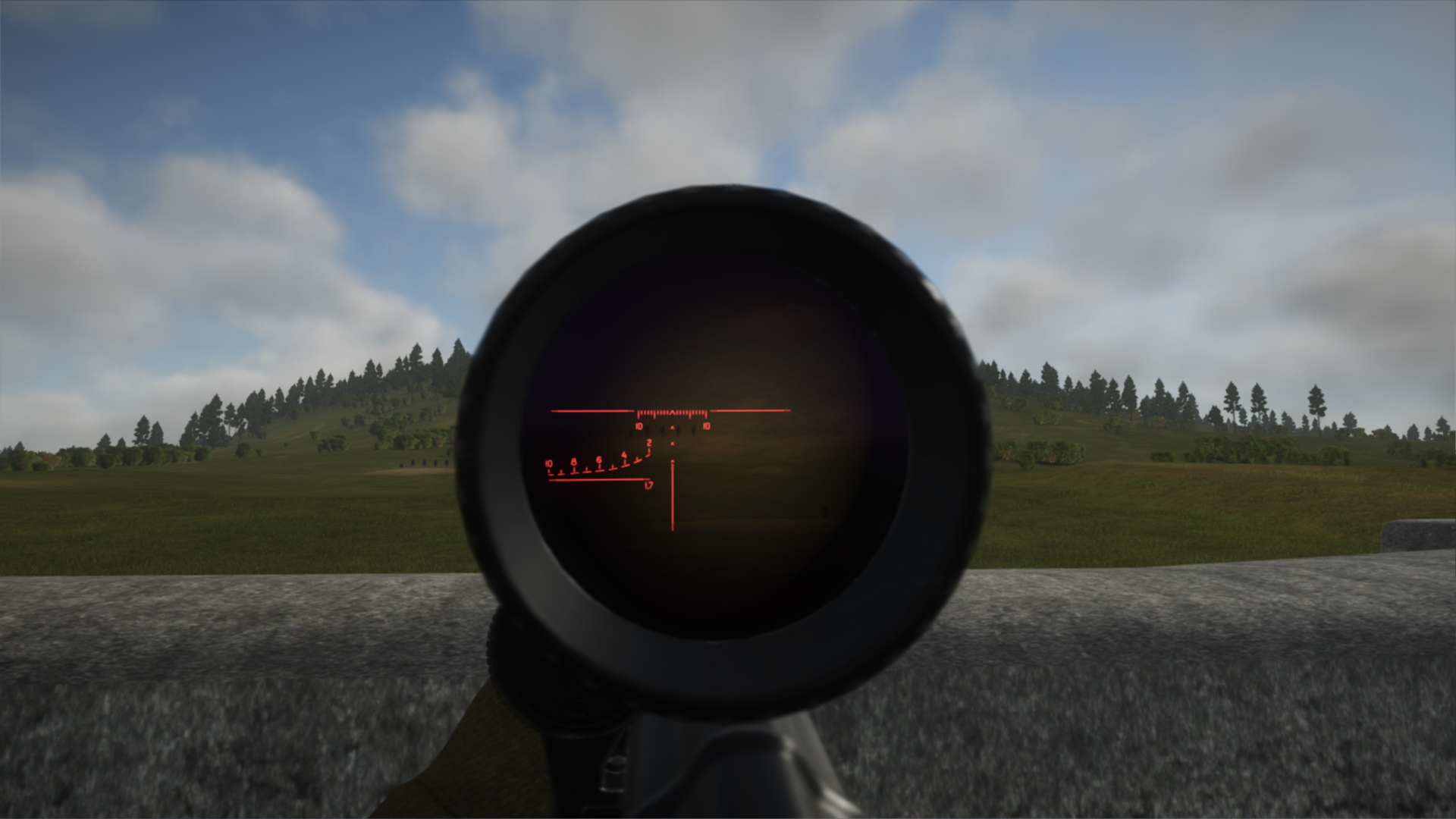 We'll be showing this off in more depth during the coming days, so keep an eye on our Twitter feed to see it first. 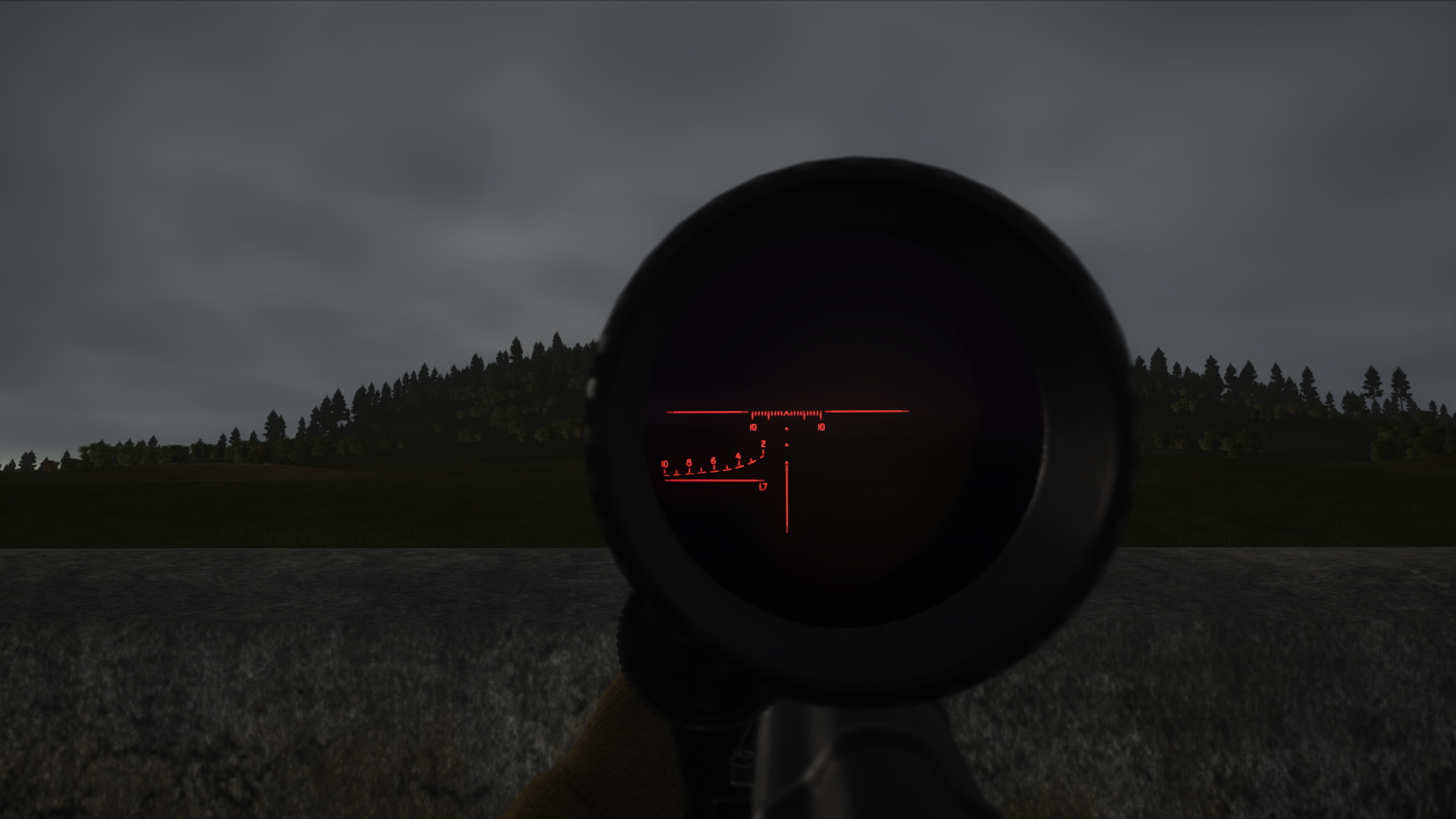 We've also been working on something a bit more...
unusual.

After being unable to acquire a licence to produce the Soviet Union's AK-74, the Democratic People's Republic of Korea looked for other means of producing their own version of the rifle, which led to surprise among Soviet advisors to North Korea when it was found that the DPRK had requested assistance from the People's Republic of China in creating a Juche AK-74. 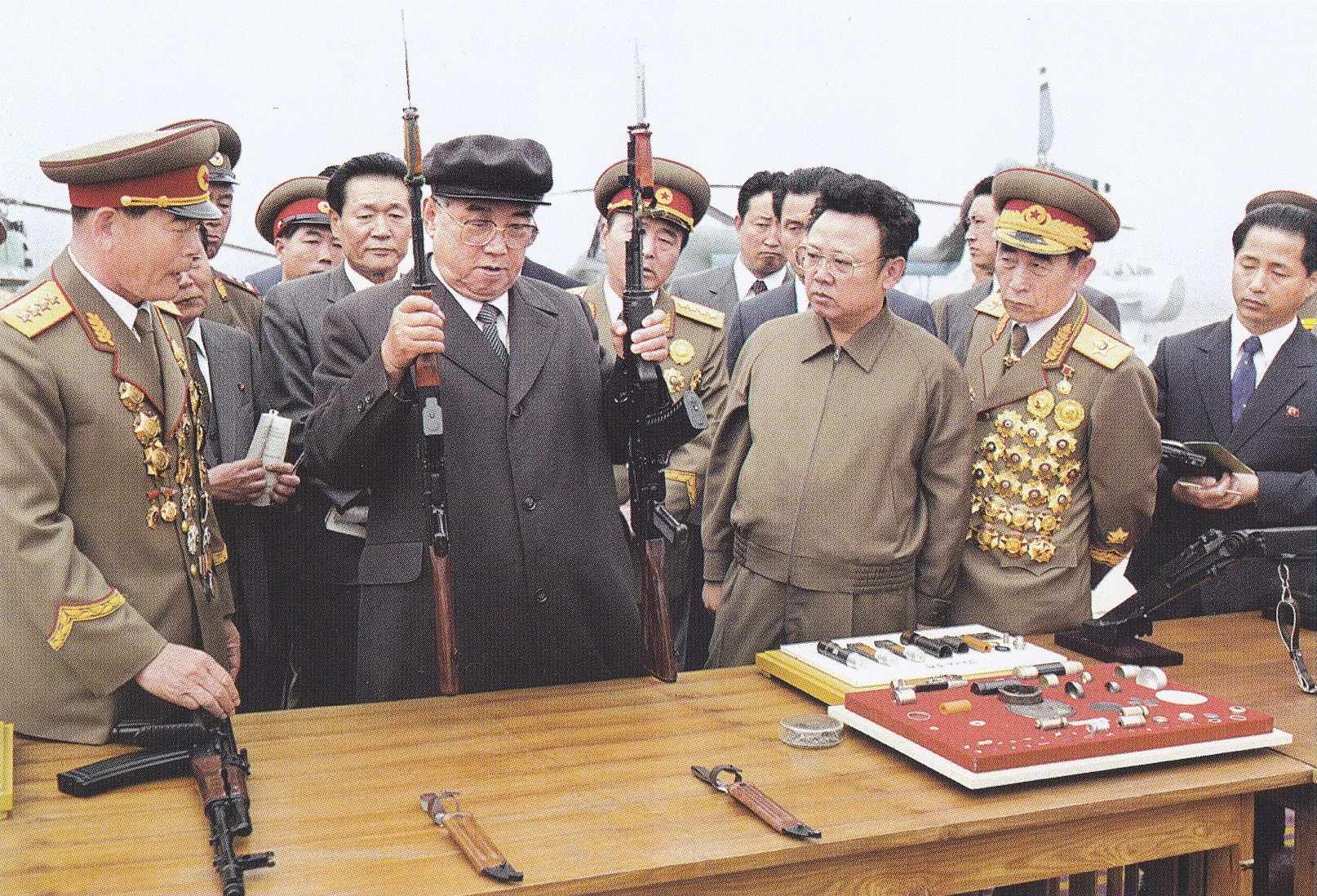 The PRC's assistance had proved quite fruitless however, as the Chinese had little success themselves in replicating the 5.45 AK-74 (only succeeding in the late 1980s, ironically being named by Norinco as the Type 88S and a 7.62 version as the Type 88SB), which led to the Soviets intervening and giving official assistance in developing the DPRK's domestic version of the AK-74 which would result in 2 rifles, the standard Type 88, and its folding-stock counterpart, the Type 88-1 (sometimes referred to as the Type 98 and Type 98-1 for modernised versions of the Type 88 and 88-1 respectively), which we have here for you today. 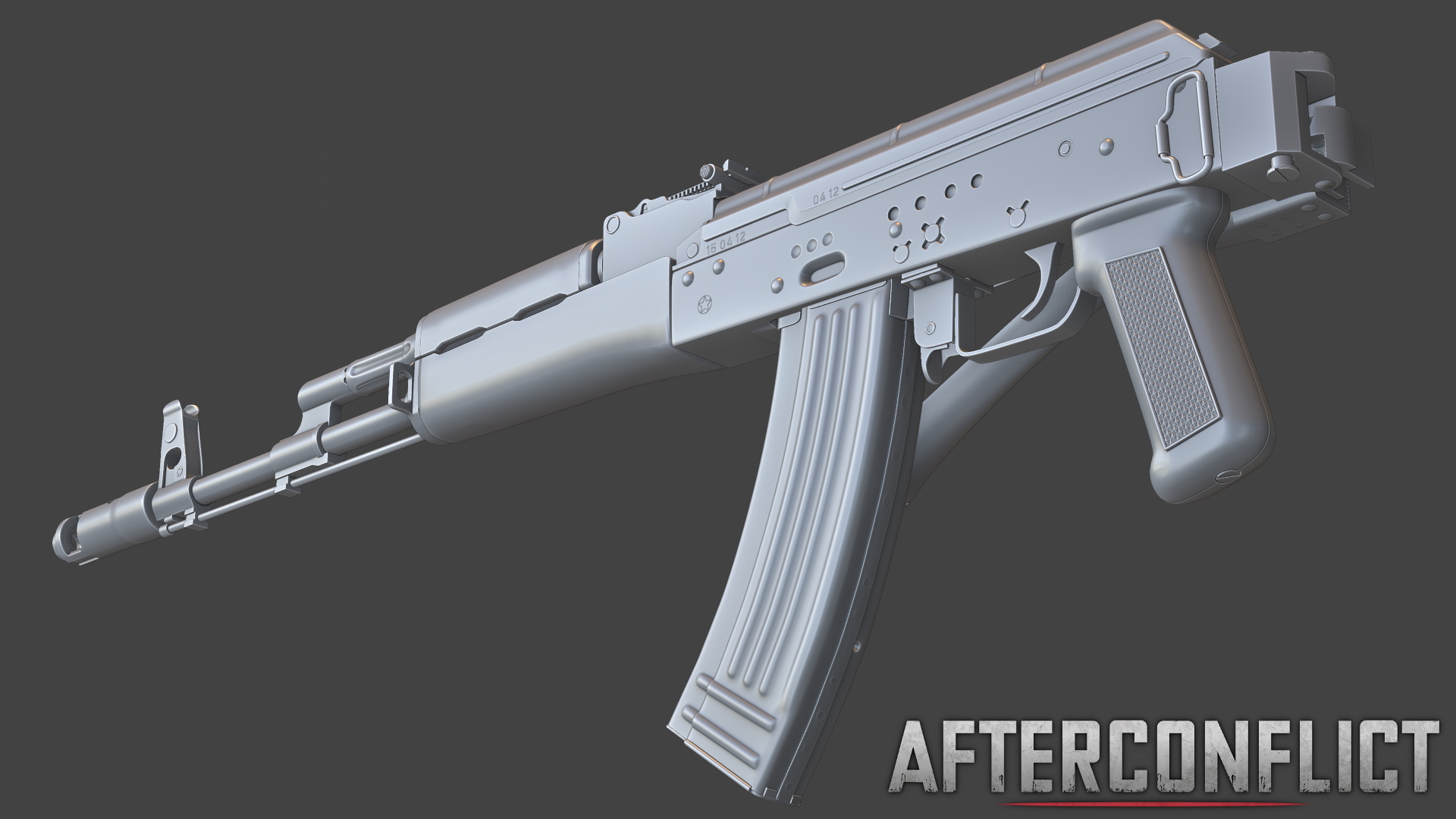 Appearing in public for the first time in April 1986, being examined by Kim Il-sung and his son, Kim Jong-il, among a few other examples of newly DPRK-produced equipment and weaponry, the Type 88 and 88-1 would be phased into service with the Korean People's Army from the late 80s into the early 90s, initially with elite units, and eventually trickling down into the equipment stocks of the Worker-Peasant Red Guards. 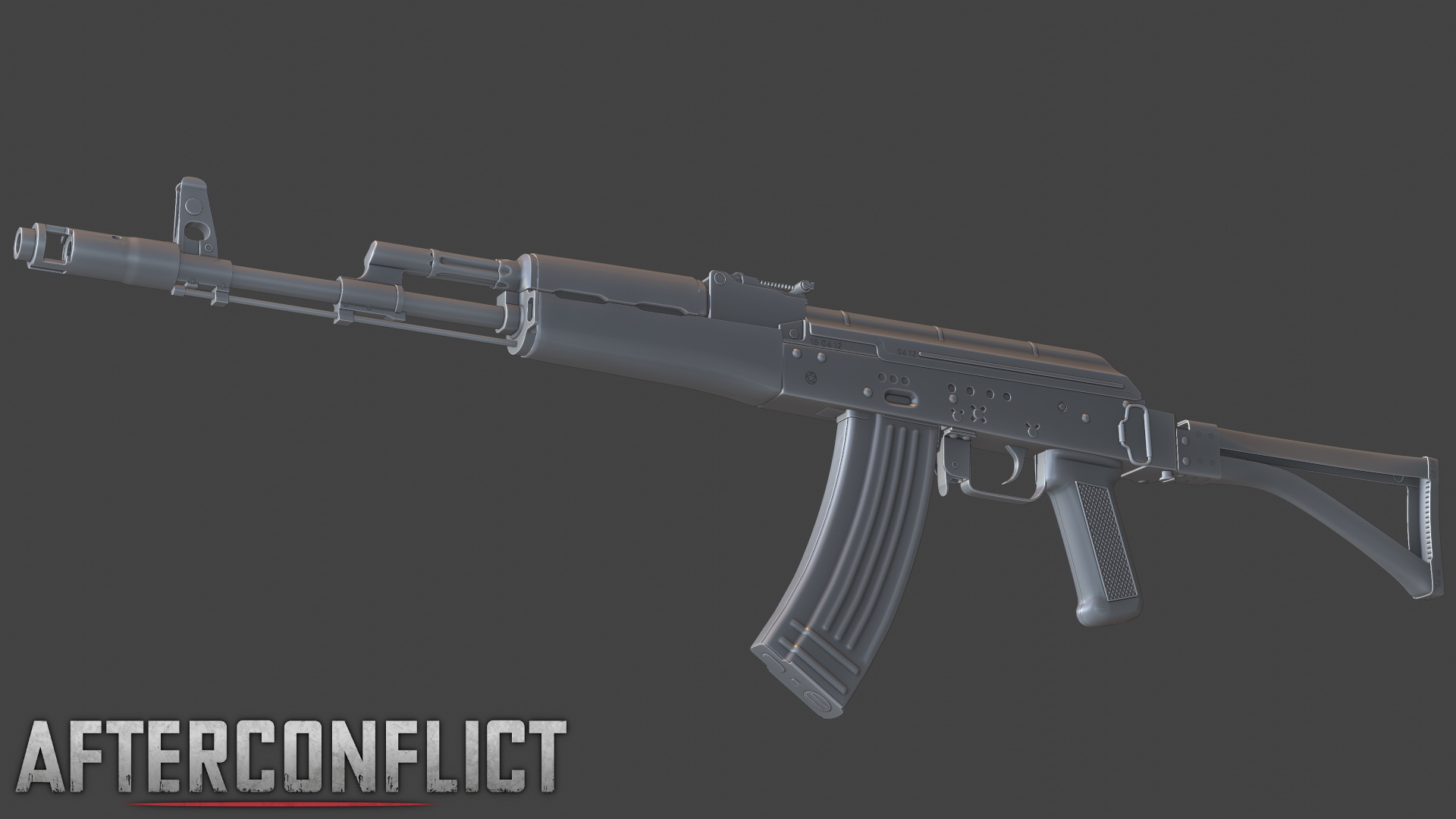 While the standard full-stock Type 88 is quite similar to the Soviet AK-74, ignoring a lot of the more minor details, the Type 88-1 (which the KPA seemingly prefers over the standard Type 88) has an unusual side-folding stock which, rather than folding to the left like most conventional side-folding AK rifle stocks, instead folds to the right, similar to the Chinese Type 56-2's comparably awkward folding stock design, perhaps a vestigial feature of China's involvement in the Type 88-1's development? 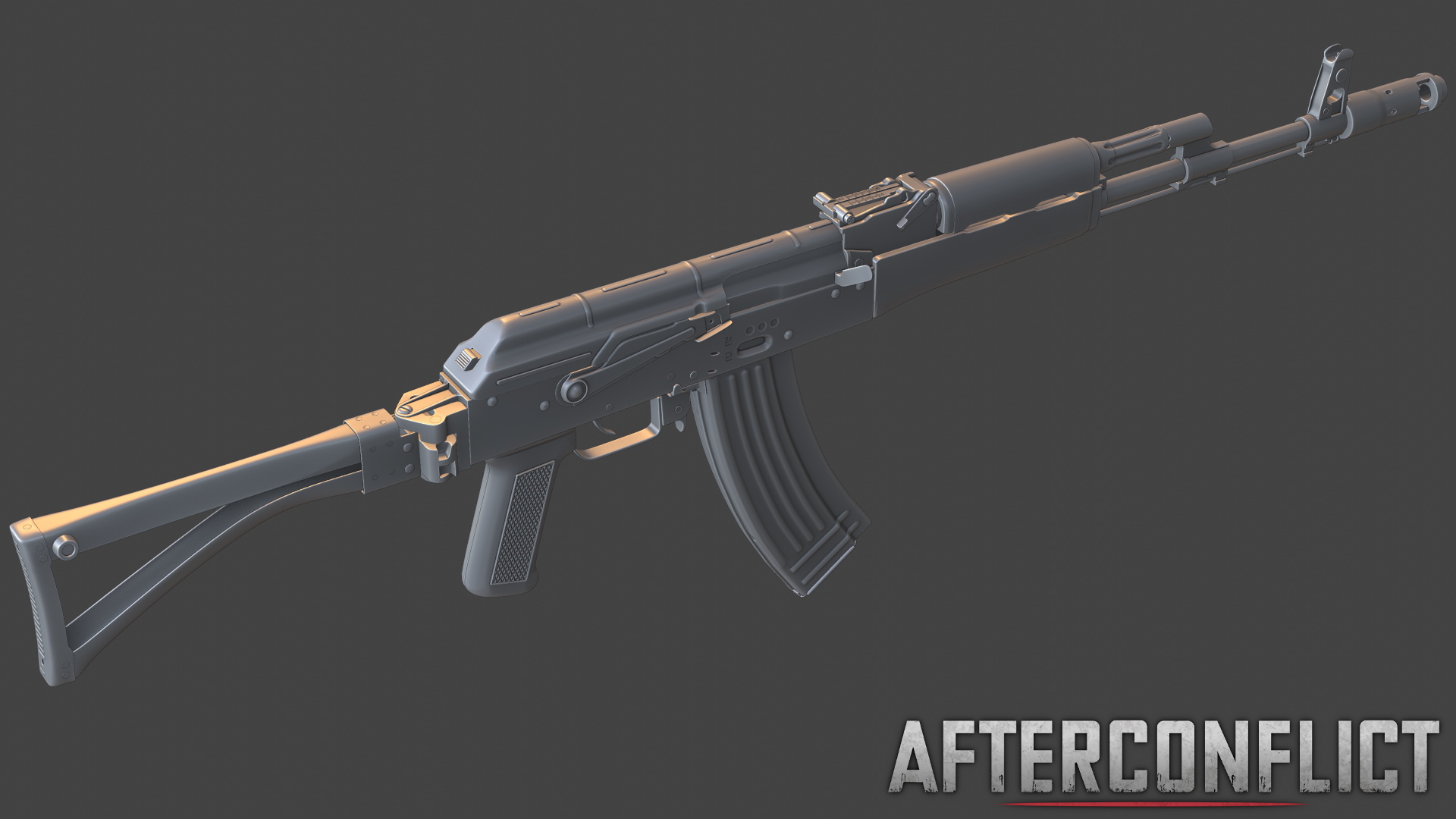 After many hours of meticulous research, we have been sure to faithfully recreate every detail of the 88-1, from its unique side-folding stock to various different minor eccentricities, constructing the most accurate recreation of the Type 88-1 rifle to date, and we'd love to hear your thoughts. 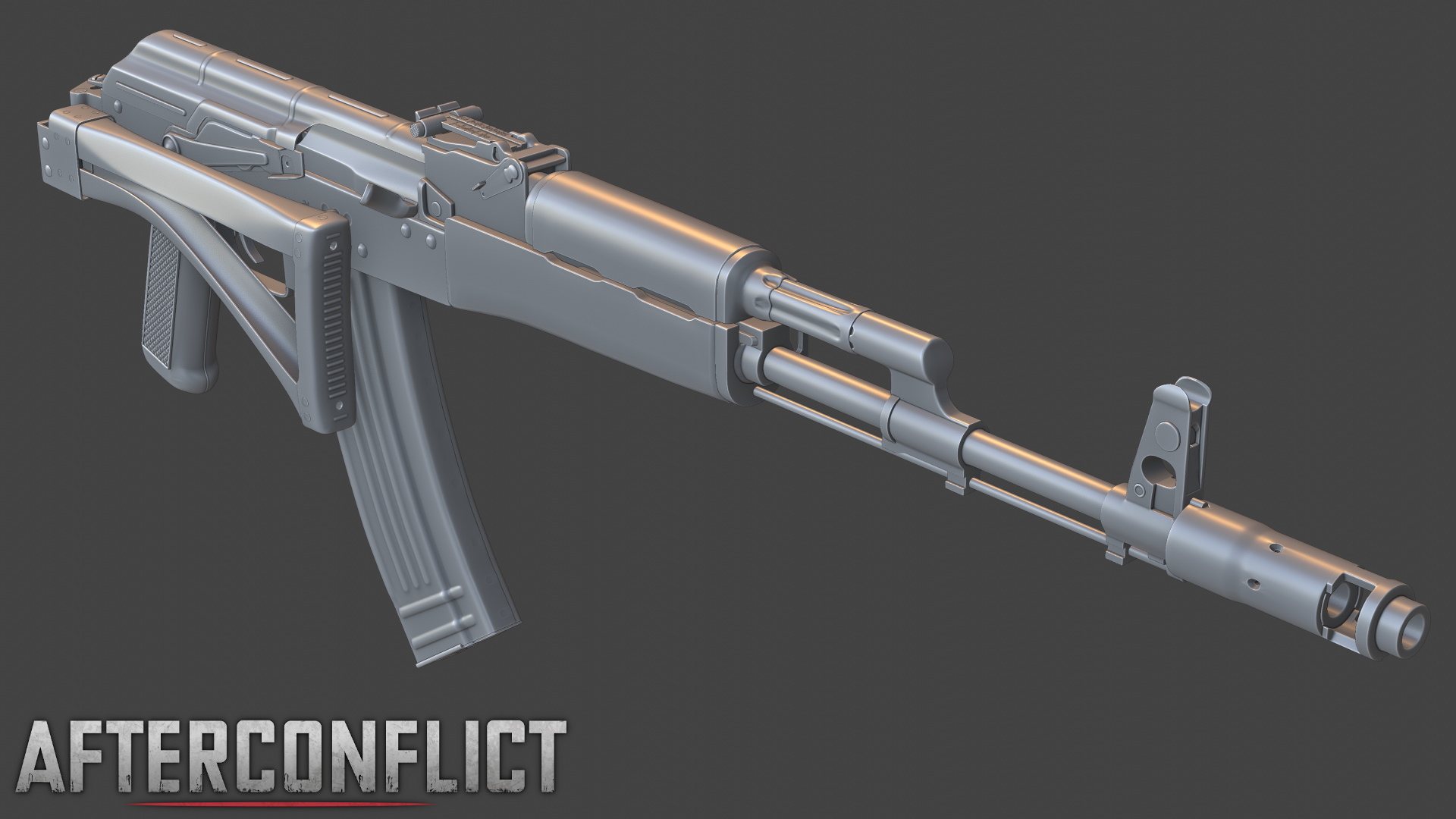 Enjoy, and, as ever, stay tuned.

On our Discord server we discuss everything from the game and Cold War history to posting photos of hedgehogs, and our Patreon-exclusive Discord channel, "The Bunker", is where we post exclusive WIP content that our patrons will be able to see before anyone else!