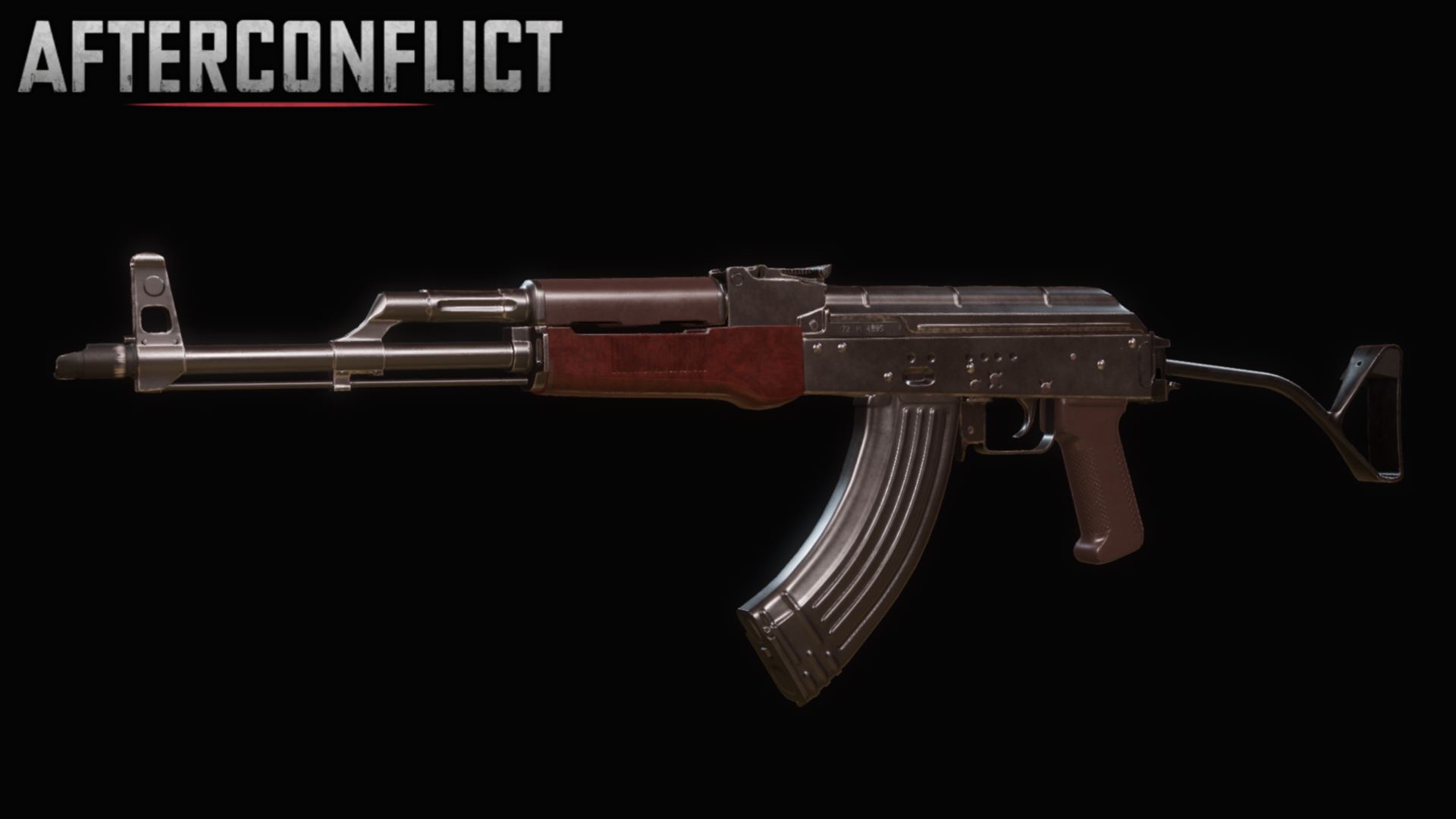 Starting out with the MPi-KMS-72, while the MPi-KmS was a faithful licenced copy of the Soviet AKS, East German forces, especially Fallschirmjägerbataillon 5 were unhapppy with its under-folding stock design, instead wishing for a folding-stock rifle that was more ergonomic. With these complaints in mind, when the MPi-KM went into full production in 1965 a folding stock variant was noticeably absent as the DDR set out to create their own folding stock design which was finalised in 1970 before being brought into service in 1972 as the MPi-KMS-72.

The DDR's new folding stock design was not only copied by several other Warsaw Pact countries such as Poland (on the kbk wz. 88) and Romania (on the PA md. 86, PM md. 90, and PM md. 91), but was also used (with minor adjustments such as a larger sling mount) later from 1984 on the MPi-AK-74N line of weapons as the MPi-AKS-74N (as pictured here), in addition to various other export models and prototypes. 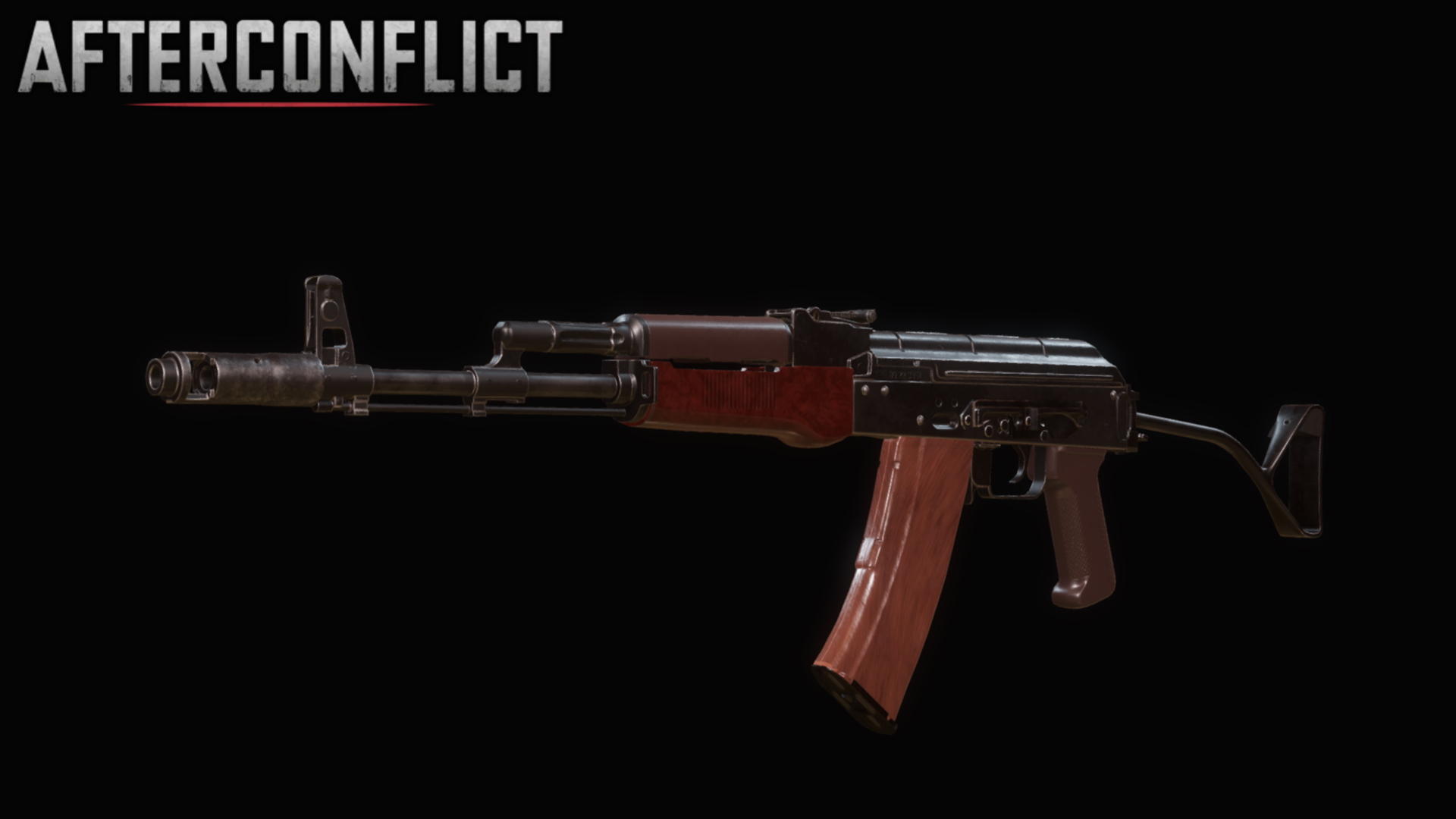 Along with the development of the MPi-AK-74N, a DDR-original equivalent of the Soviet AKS-74U was also developed called the MPi-AKS-74NK; similar to the AKS-74U it was built off of the base of the MPi-AKS-74N with a shorter barrel, custom gas block, and a flash-hider adapted from the standard RPK-74 flash hider design. While the AKS-74U faced relatively wide usage among officers, vehicle crews, etc., the MPi-AKS-74NK only faced limited usage, mostly only with NVA Spezialaufklärungskompanie units that were issued it as standard from 1988. 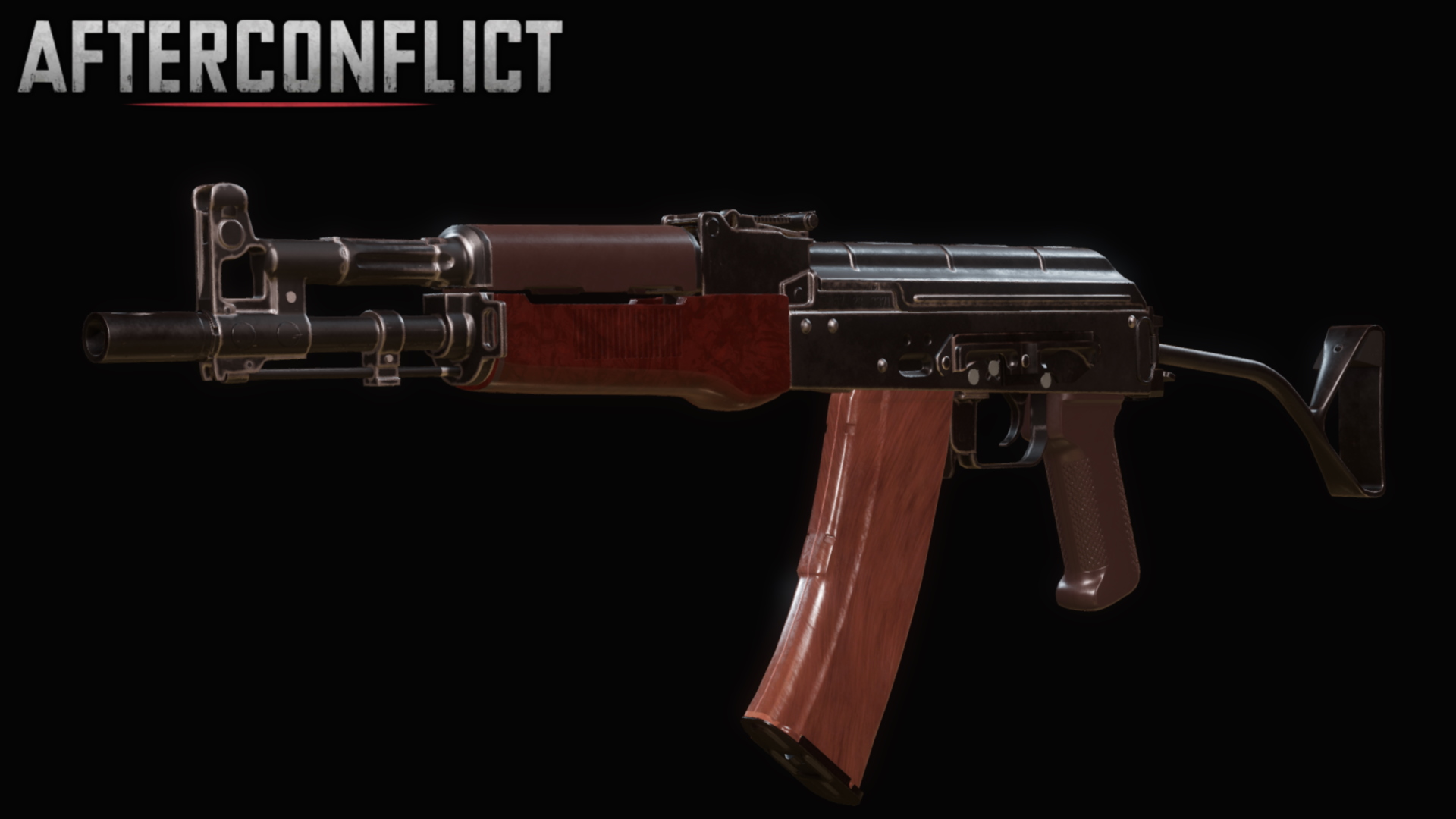 All three of these weapons are already usable in Afterconflict, and we'll also be adding the ability to fold and unfold their stocks in-game, along with any other folding-stock weapons we add to the game, so stay tuned for that!

The DDR also created their own scope specifically for the MPi-AK-74N called the ZFK 4x25, with features similar to that of the PSO-1, with a form of stadiametric rangefinder (that functions on the basis of the width of the target instead of the target's height with the PSO-1) and the ability to illuminate the reticle for firing in poor lighting conditions (though the ZFK 4x25 uses tritium to achieve this, instead of a battery). Introduced from 1990, the ZFK 4x25 functions as a bridge between the regular soldier using iron sights and a sniper using a magnified scope with a dedicated sniper rifle (with only 2/company in the NVA), giving more infantry units the ability to fire on distant targets with more precision, greatly enhancing their combat ability. 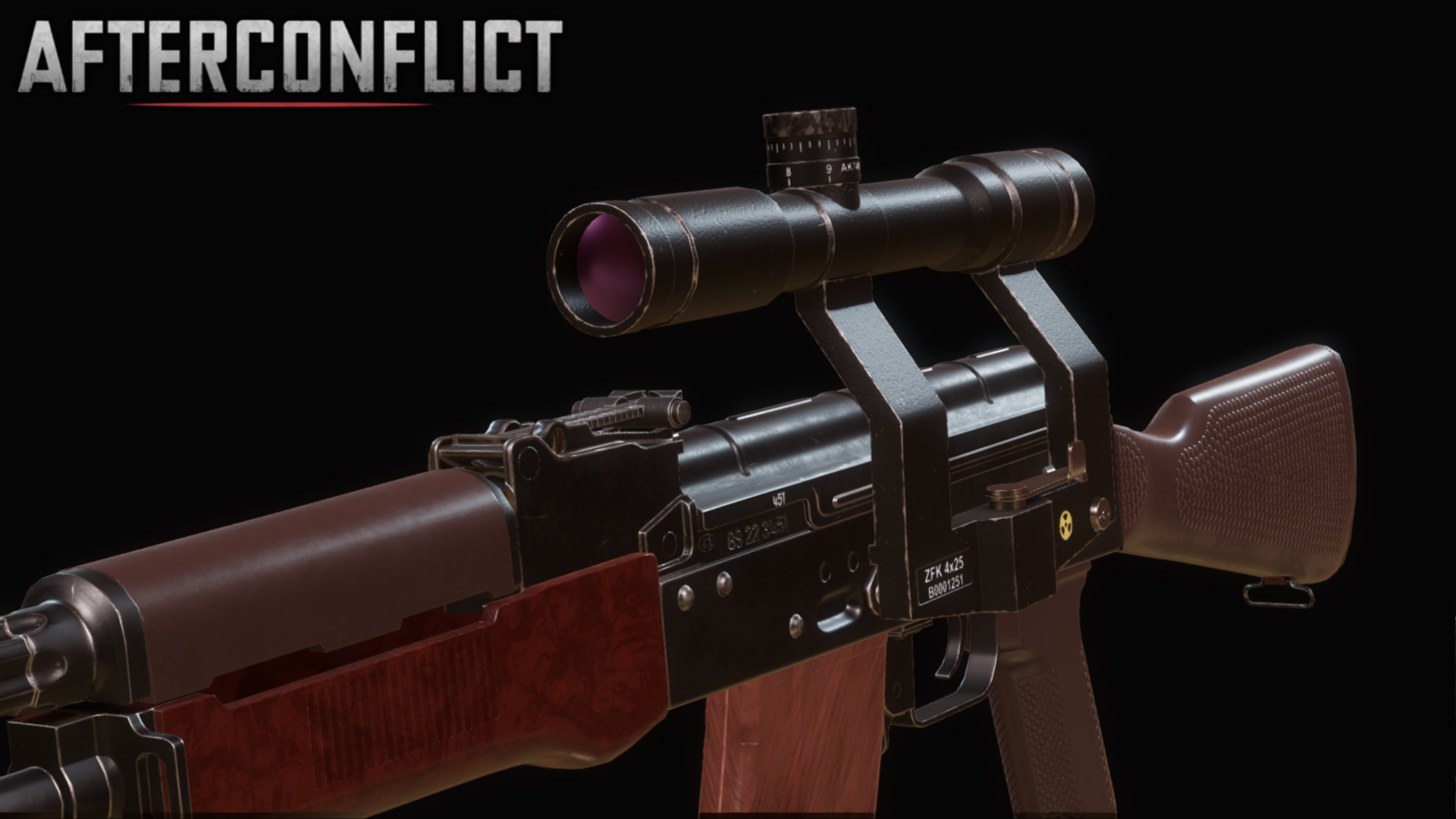 The ZFK 4x25 is fully functional within Afterconflict, from the ability to place it on any DDR weapon with a valid rail to both the tritium illumination and stadiametric rangefinder working as intended.
The stadiametric rangefinder works by each number representing the 200 metre interval (2 = 200m, 4 = 400m, etc.) at-which the point between the arrow and the centre line represents 0.5m, or 1m from arrow-to-arrow; below you can see a 0.5m wide target at roughly 200m. 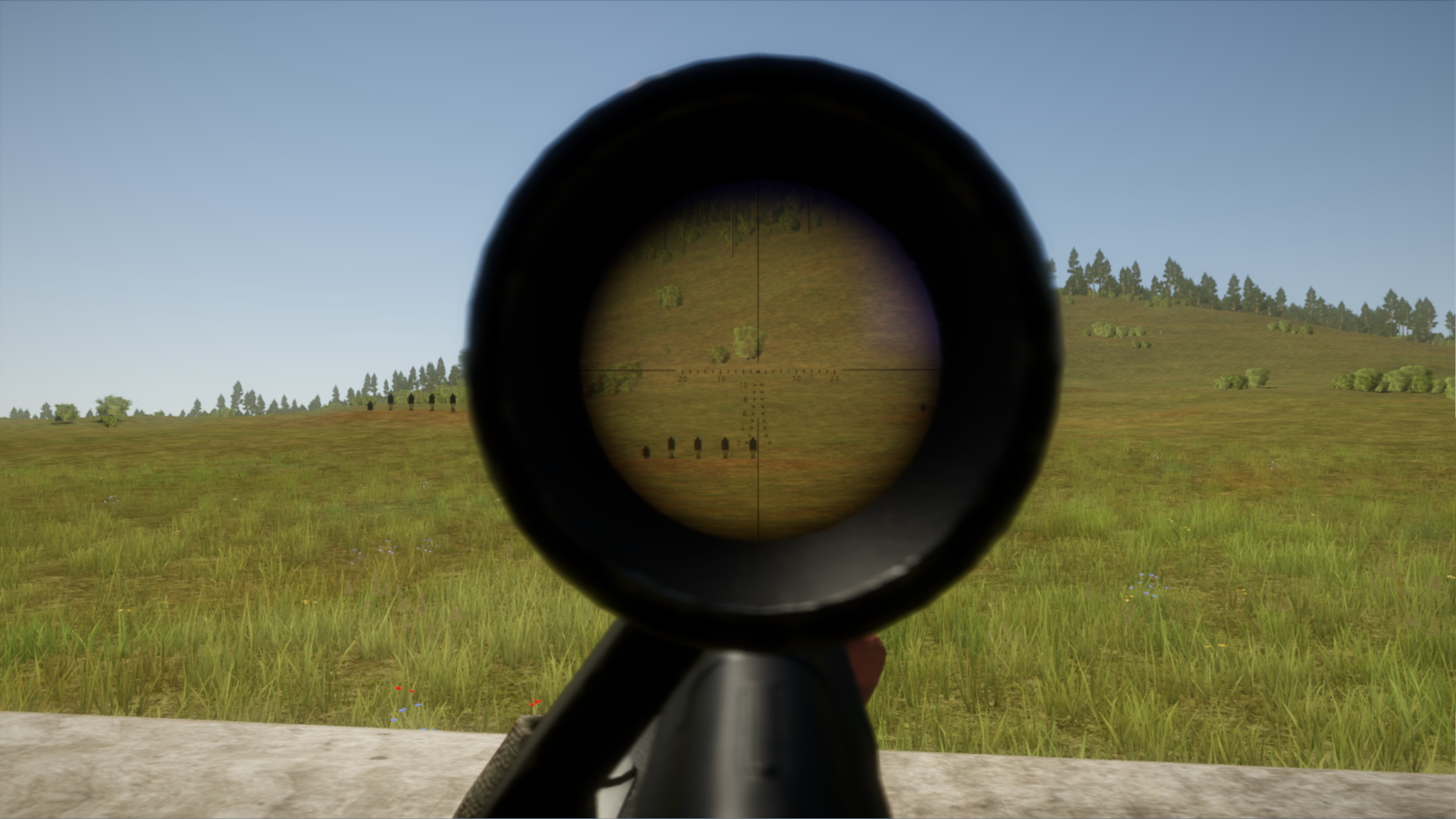 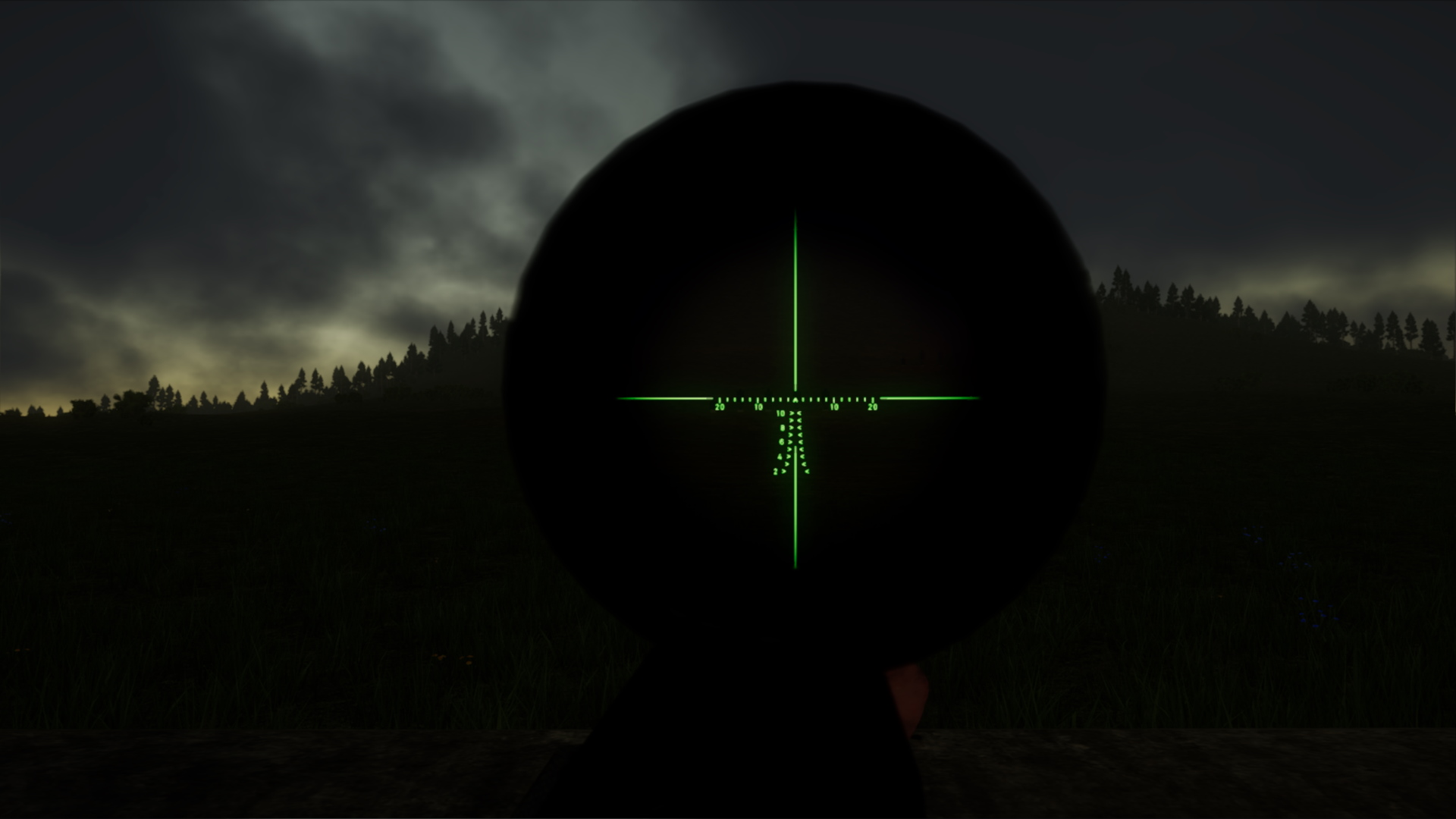 However, speaking of dedicated sniper rifles, we've also renovated the animations of our SVD, bringing them up to the same level of quality as our more recent weapon additions!

Also, now when you equip weapons such as the SVD, your character's ammo pouches will change to fit the weapon(s) currently equipped, and we're already working on making player animations correctly interact with pouches when reloading, instead of simply pulling new magazines, cartridges, etc. from the ether. 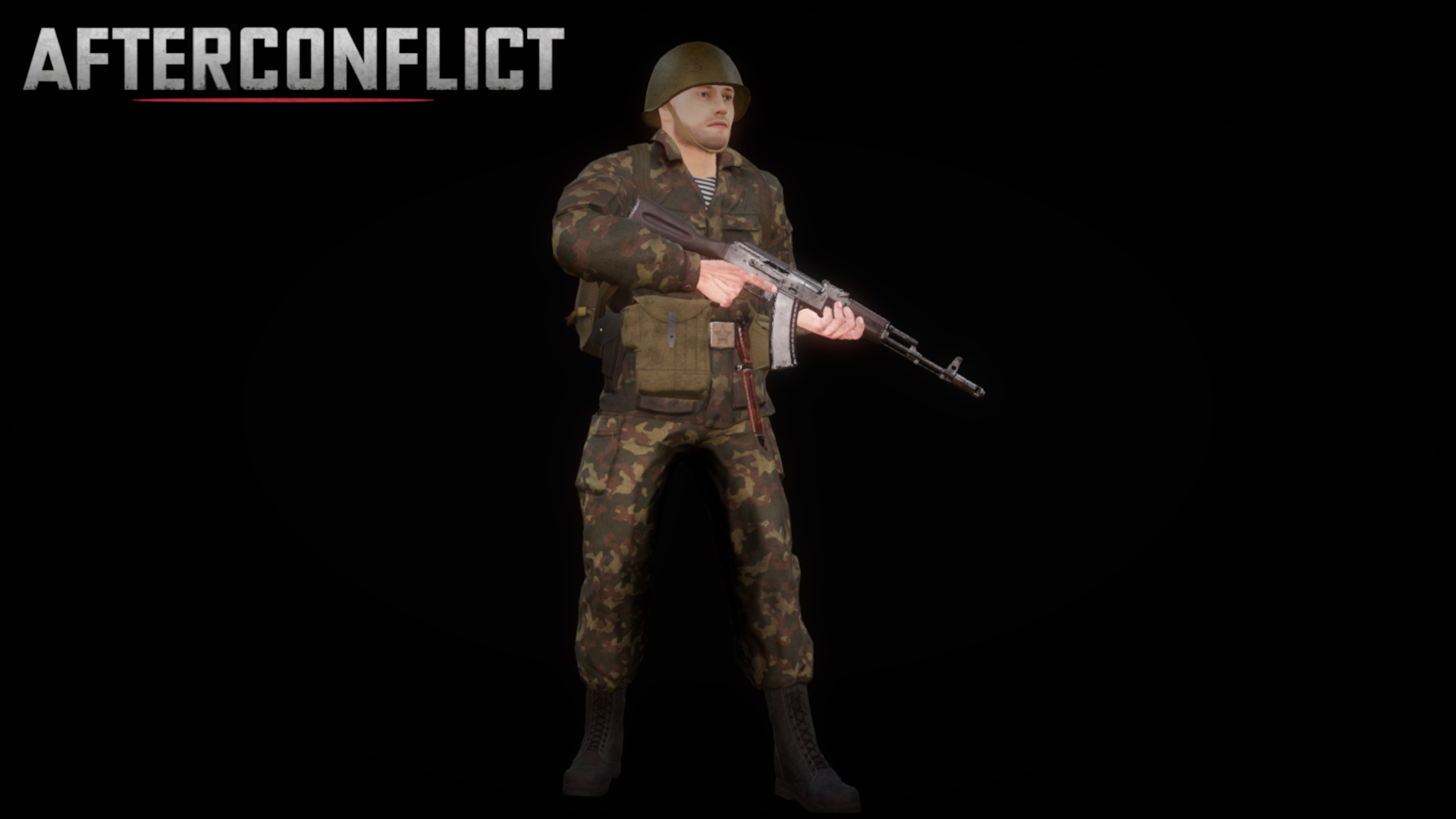 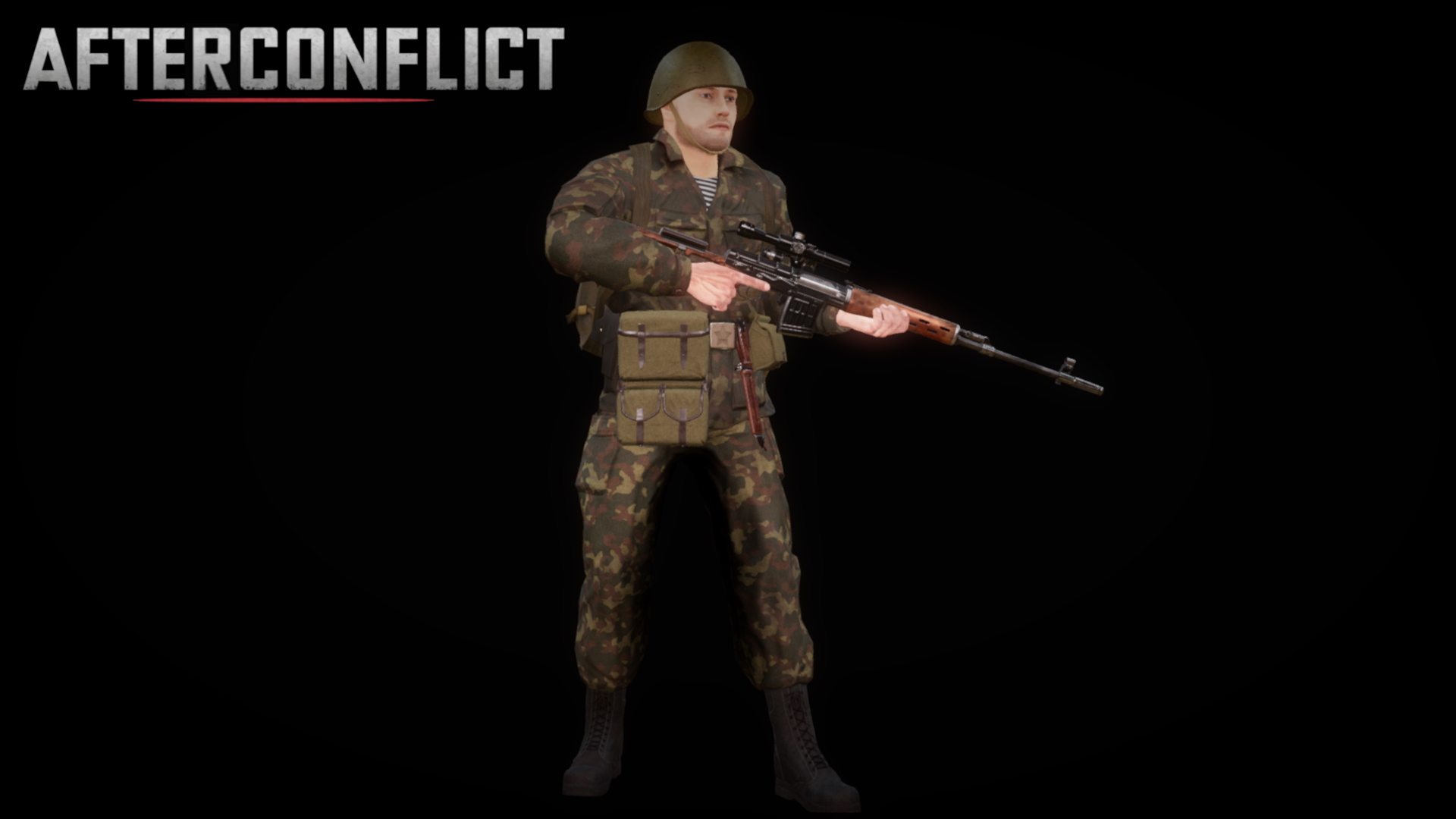 Earlier this week we gave our Patrons a sneak preview of our newly updated Soviet Afghanka uniform model that will replace the model seen above soon as we bring our player models to a higher standard of quality, as will also be seen when we update our US player character as we approach closed multiplayer testing, so if you wish to see these previews as soon as they're released and additional close-up shots, as well as joining closed multiplayer testing when it's started again soon, join the Afterconflict Patreon today! 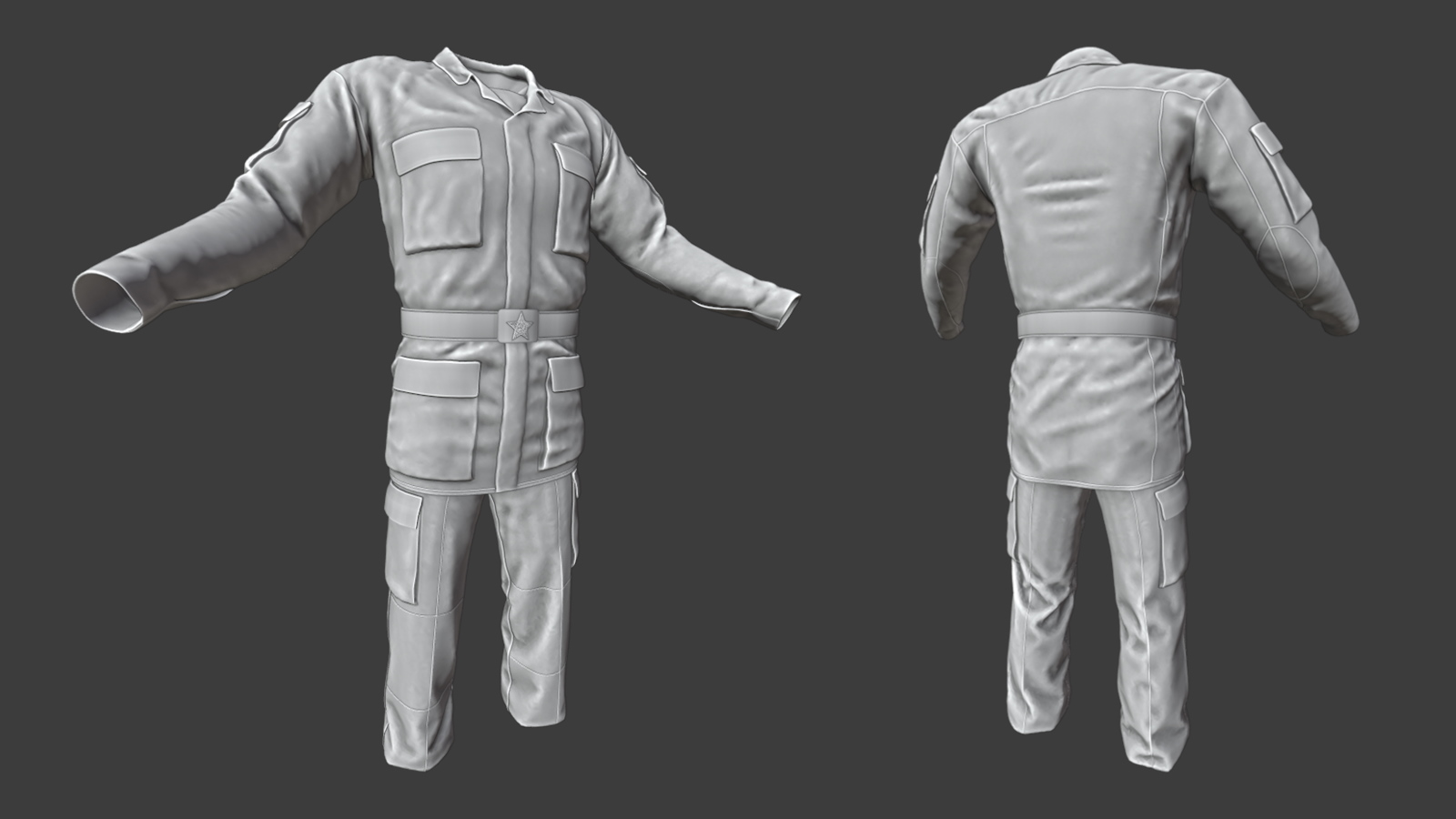 And last but not least we have a preview of our dynamic clouds that you may've already seen if you're subscribed to our YouTube channel or follow our Twitter account, check out our embedded video below for a better look at them, and we'll be developing this system further in the future with features such as dynamic rain and fog!