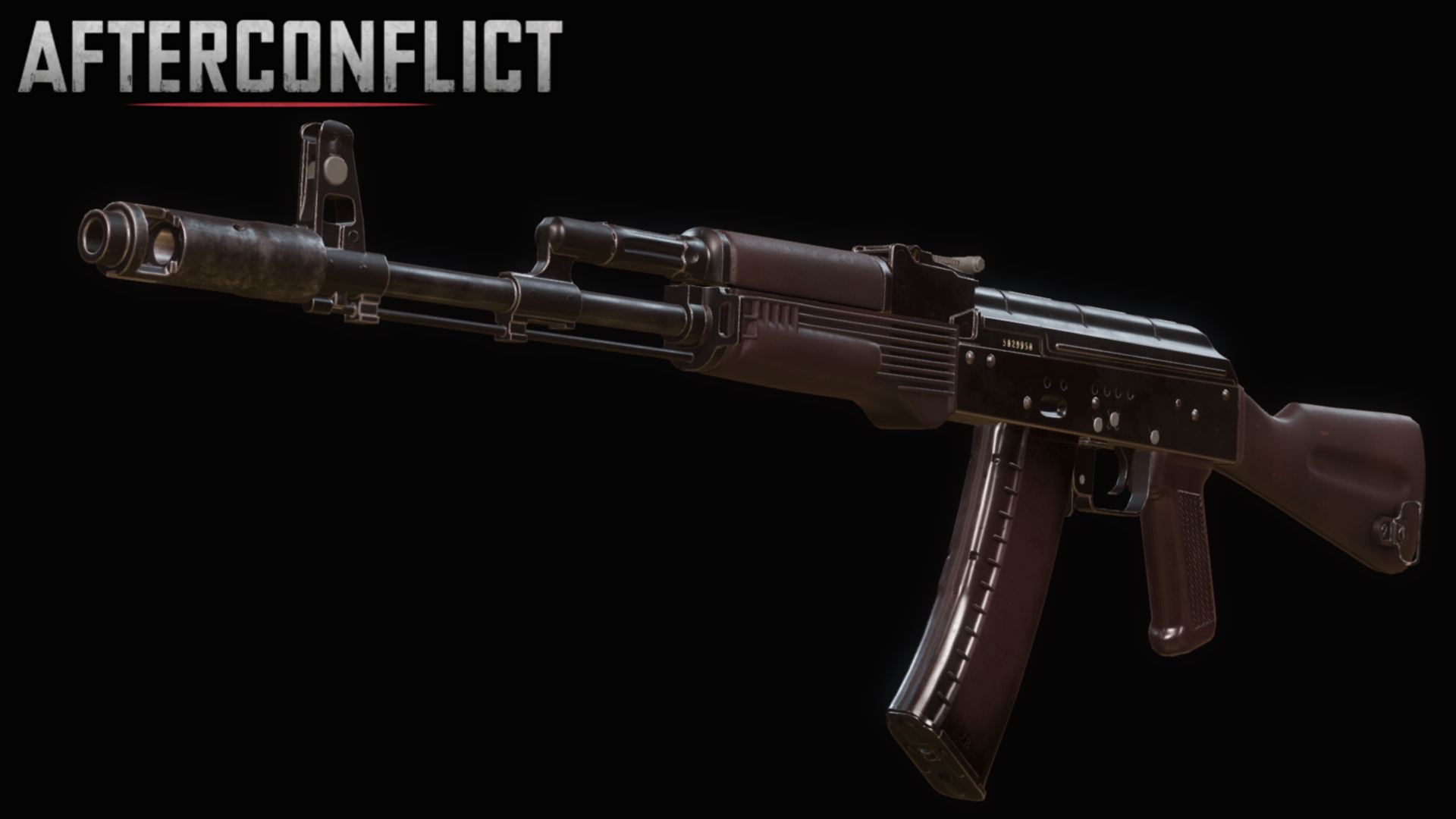 Starting off strong, the AK-74 was phased into to the service of the Soviet Army in the late 1970s and served as the USSR's standard-issue rifle among virtually all branches through the early 90s. While the AK-74 was first issued with a more traditional set of wooden furniture, in 1985 production shifted to a plum-coloured polymer (PA-6) furniture, initially only the handguard, but quickly expanding to the stock too, both of-which will be customisation options in-game.

While the plum-coloured furniture was produced through the late 80s to the beginning of the 90s with many different slight variations in colouration, 1991 saw a switch from plum to uniform black colouring, a trend that had been growing in firearms production worldwide, including in both the USSR and its Warsaw Pact allies. 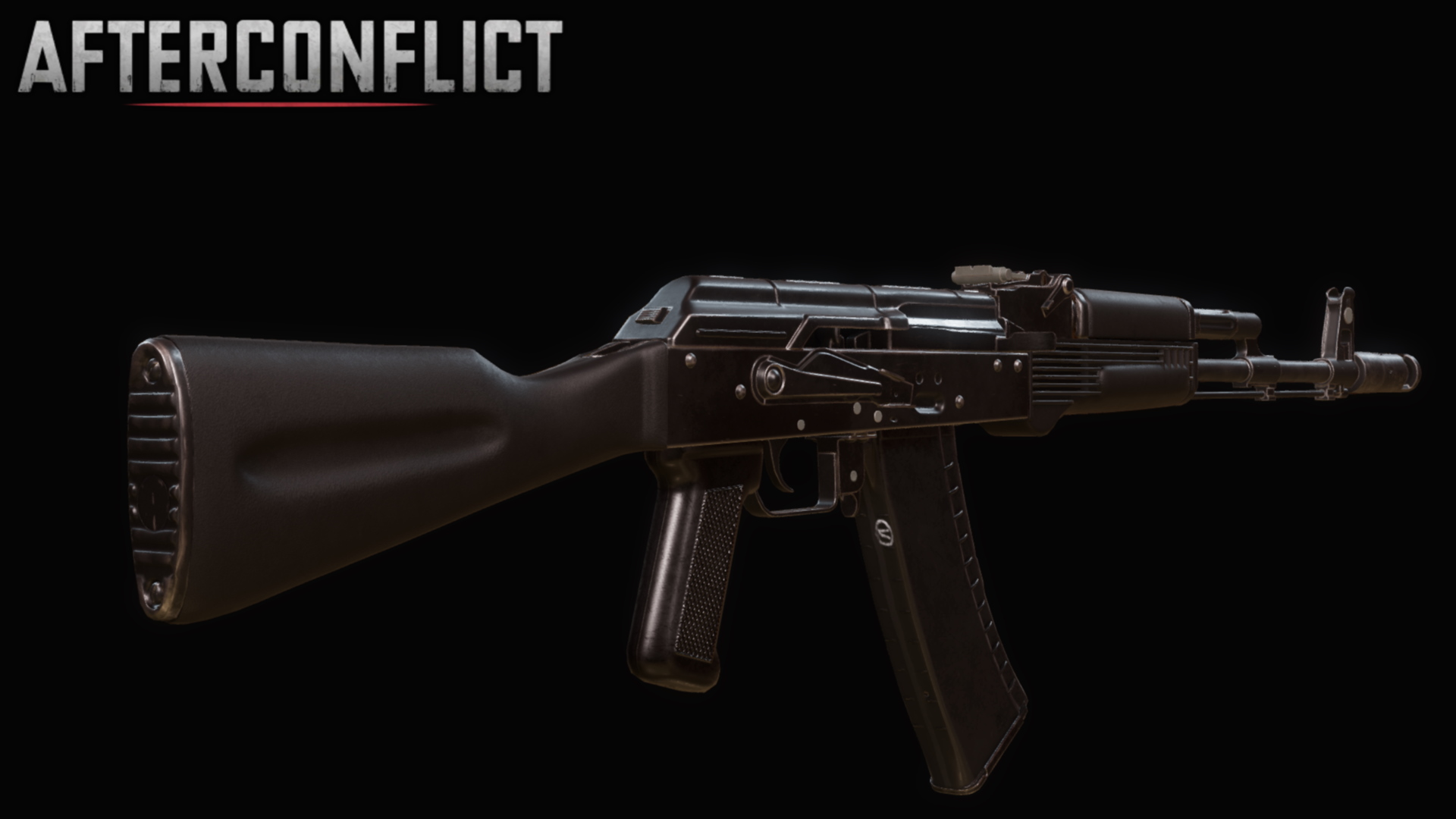 Speaking of Warsaw Pact allies, after obtaining a licence for production (under the condition that they would not export them), the DDR introduced their own domestically produced version of the AK-74, the MPi-AK-74N, from 1985. Aside from its unique furniture that was largely just a continuation of the MPi-KM's 80s production furniture, not only did the DDR start to produce their own 6L10 "bakelite" magazines (an option noticeably absent from the MPi-KM), but as is hinted by its title, all MPi-AK-74Ns had scope rails, making scope rails a new standard among the NVA- a very modern idea that deviates radically from the MPi-KM not having ANY variants with rails aside from custom jobs by special forces units. 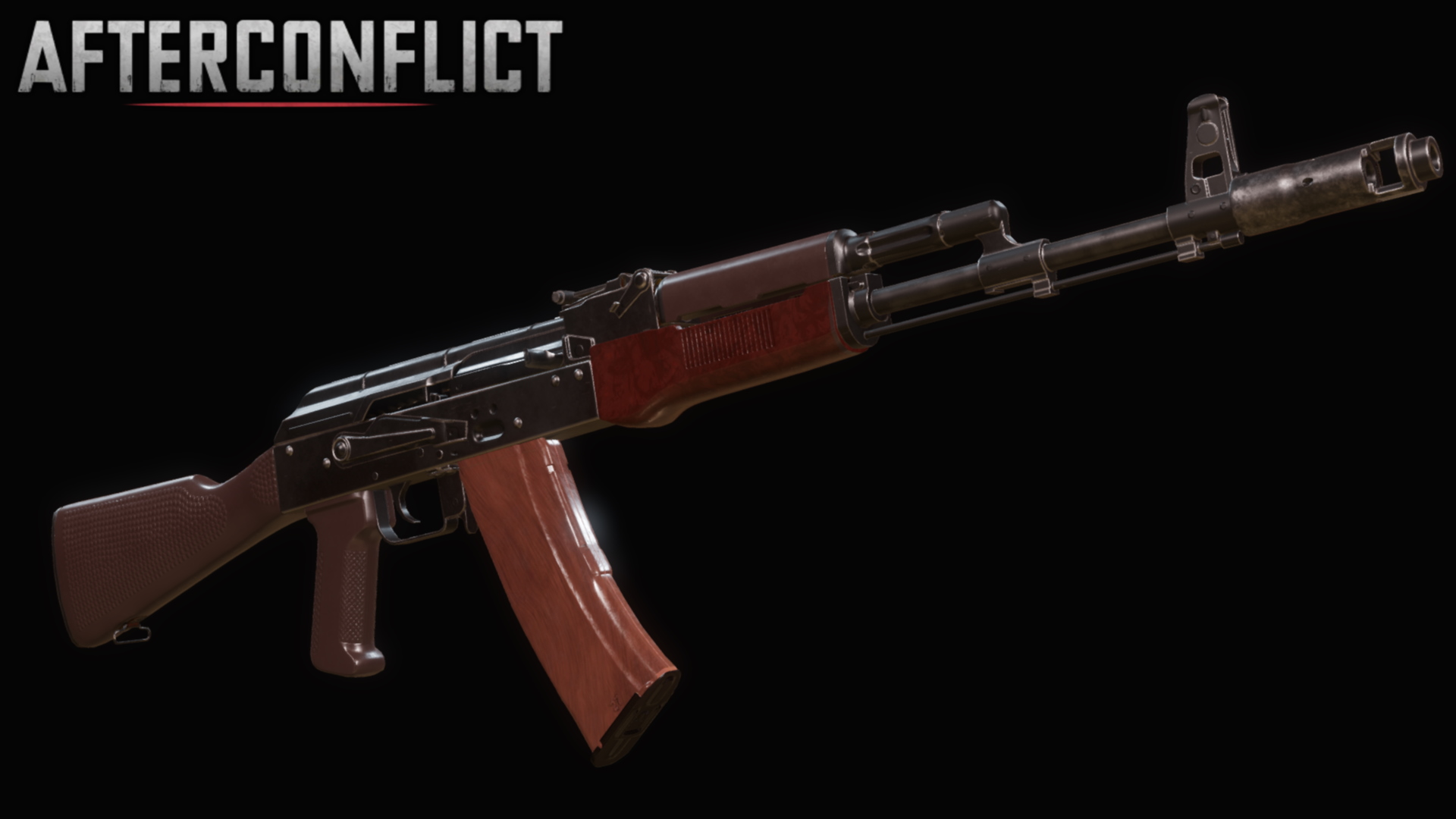 Speaking of-which, here is the MPi-AK-74N with a PSO-1 mounted to its rail. 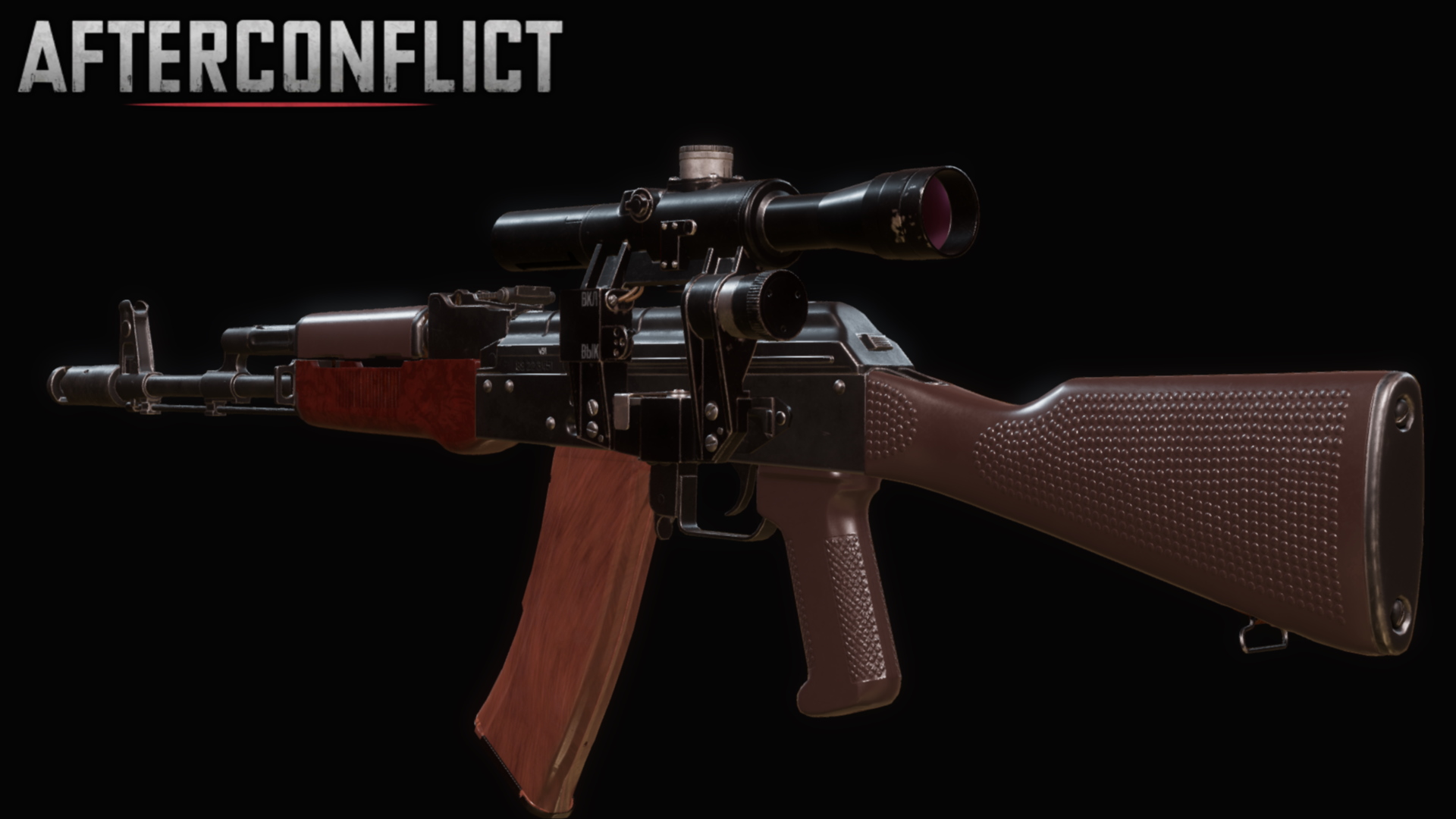 While the ZFK 4x25 scope designed specifically for the MPi-AK-74N was to be introduced to NVA service in 1990, after its introduction in 1985 the MPi-AK-74N didn't have any DDR-produced daylight optics at its disposal, which resulted in special forces units (such as the Fallschirmjäger and Diensteinheit IX) sometimes attaching PSO-1 scopes taken from Soviet-import SVDs to their rifles as a makeshift measure until the development of a more purpose-built scope.

While the Soviet-production black PA-6 furniture is already in-game as seen above, you'll have to wait to see the DDR's answer to the black rifle trend in Afterconflict...

Also on the topic of DDR-produced weaponry, the DDR also produced their own versions of the RGD-5 and F1 grenades. 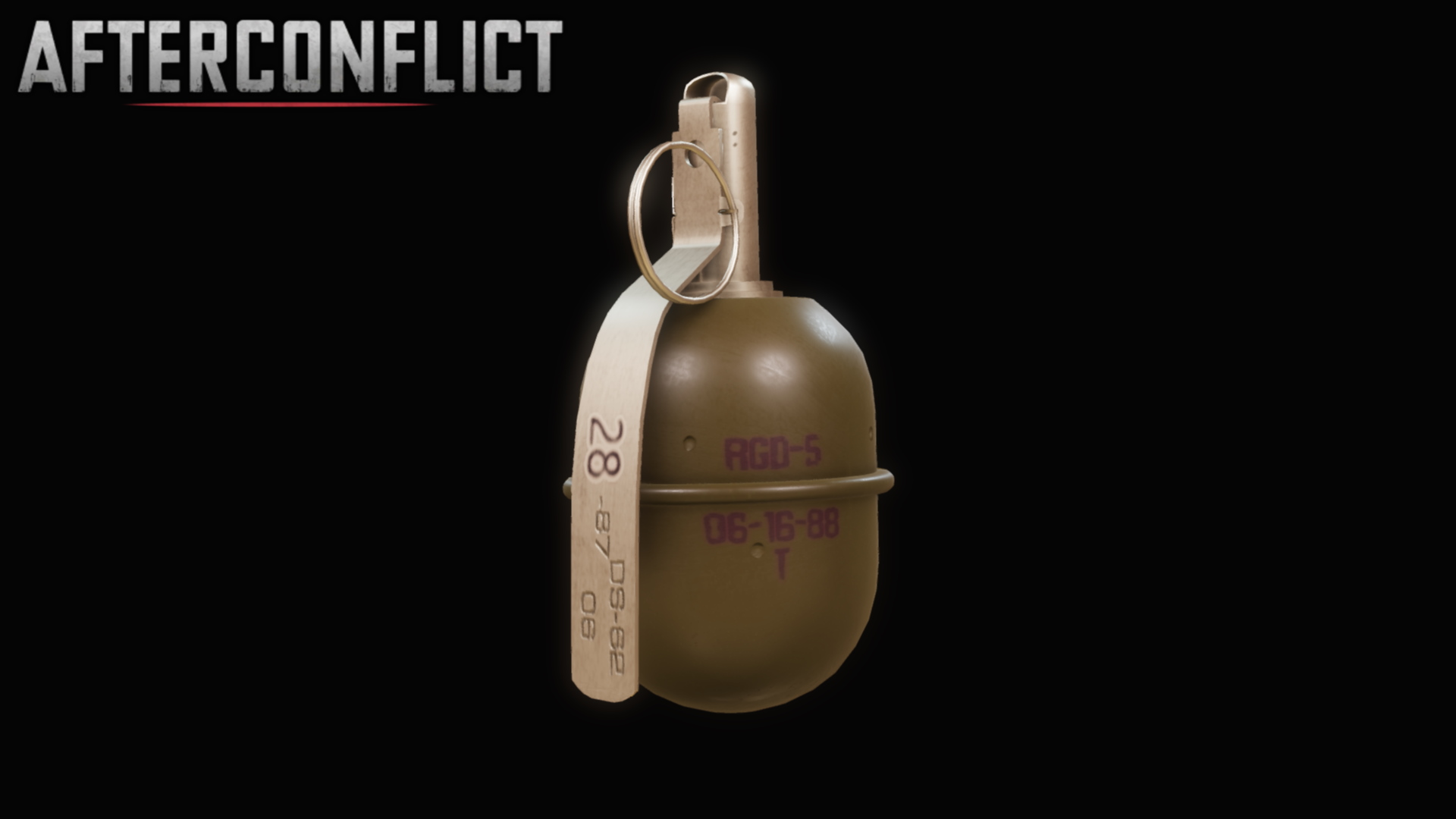 While their bodies were virtually identical to Soviet-production ones aside from markings, the DDR produced their own fuses under the name "DS-62", although functionally and aesthetically speaking they're largely the same as the standard UZRGM-2 fuse, and there's no apparent difference in functionality in-game either. 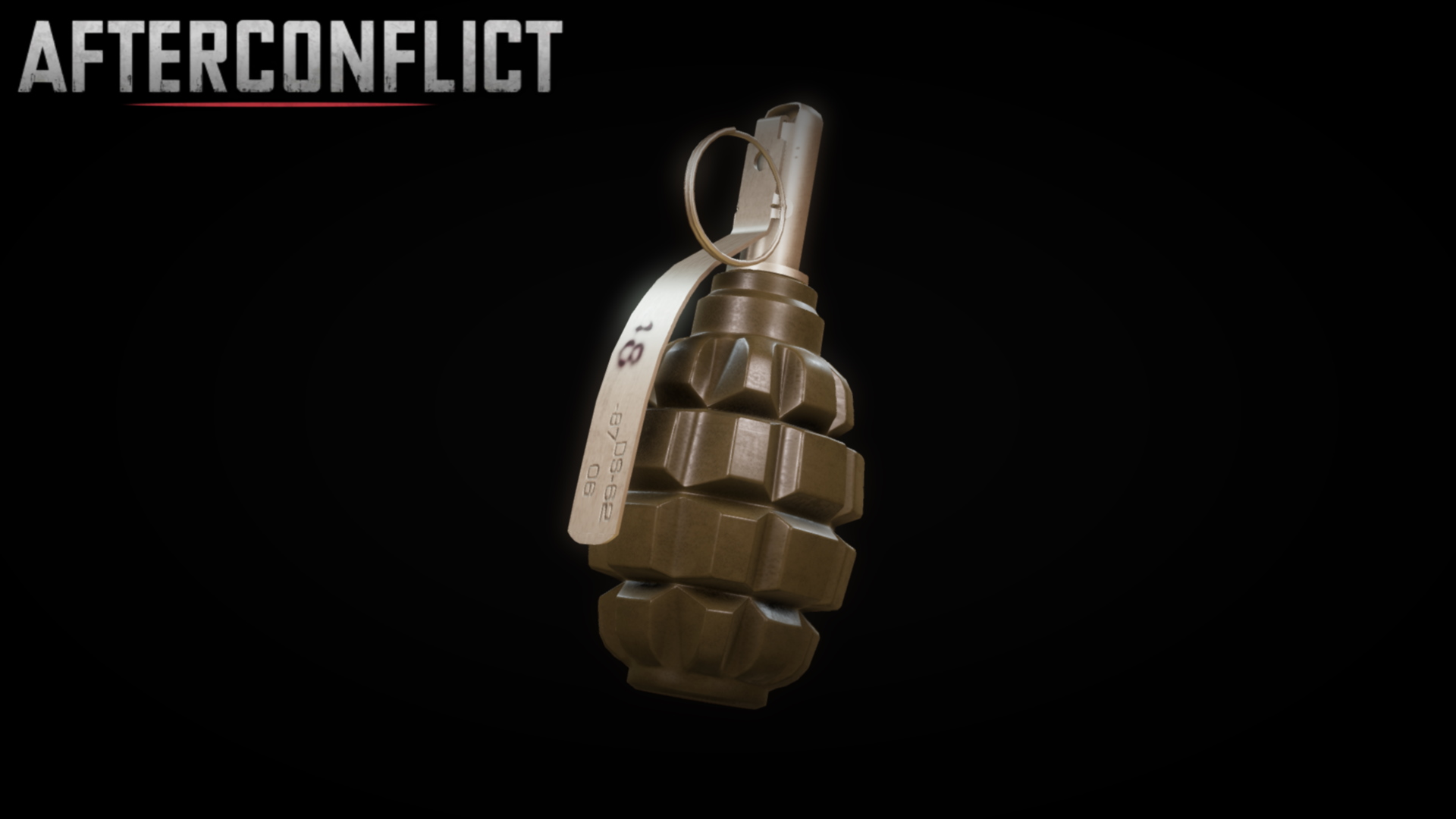 While the DDR lacked ability to produce a lot of the NVA's standard equipment, instead relying on imports of items such as the SchM41M, RPK, and the SVD, one of the more specialist items the DDR produced was the ZVN-64 night iron sights attachment that fit over the iron sights of all standard AK-based rifles from the MPi-K all the way to the MPi-AKS-74N, allowing the user to accurately fire their rifle at night- something that'll come in handy in the dark while playing. 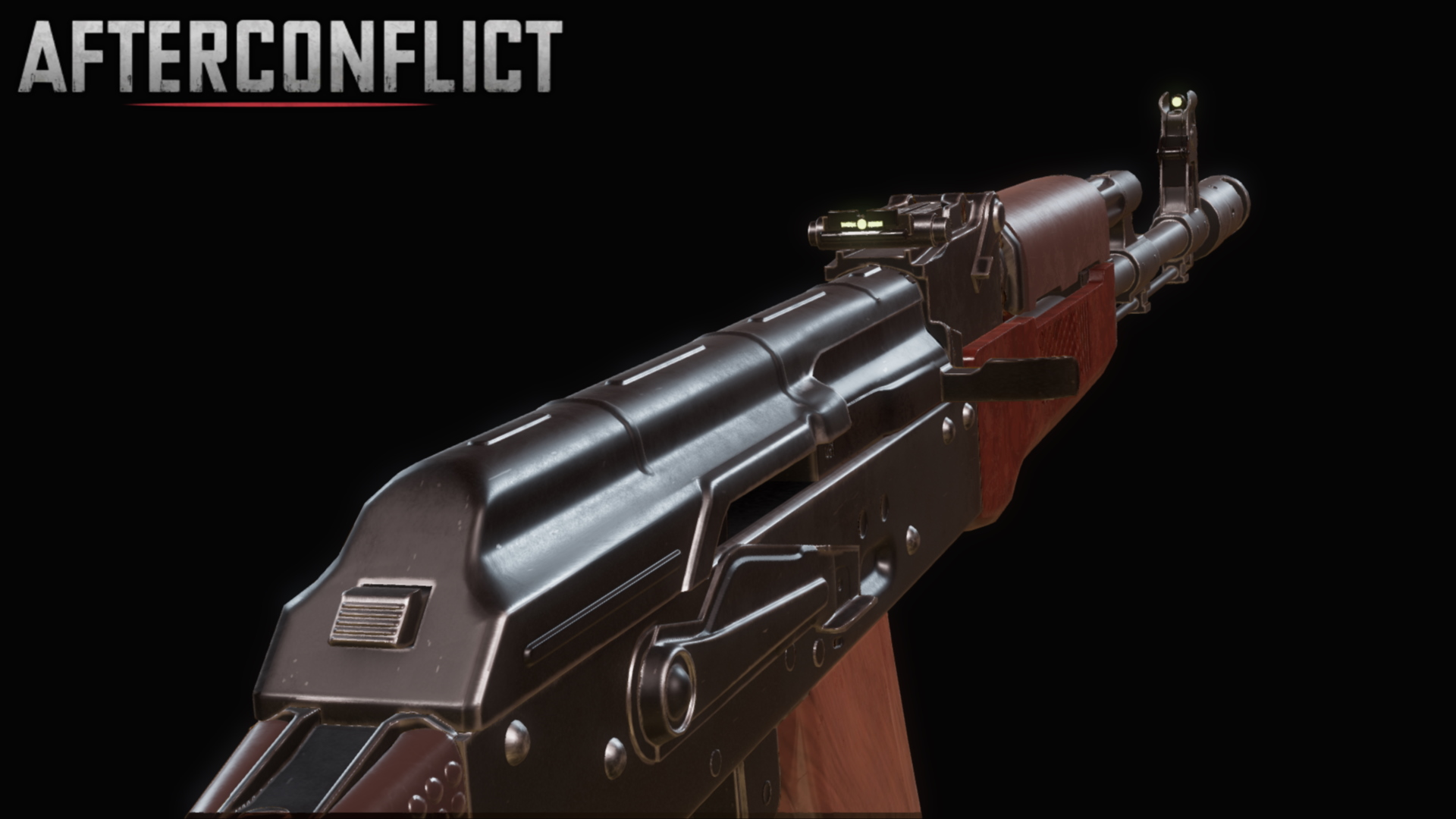 On the other hand, while the ZVN-64 was listed as a one-size-fits-all night iron sights attachment, the Soviets had different versions for each type of AK, and there were also different variations in the radium-based paint patterns, though they still served the same purpose and are interchangeable. 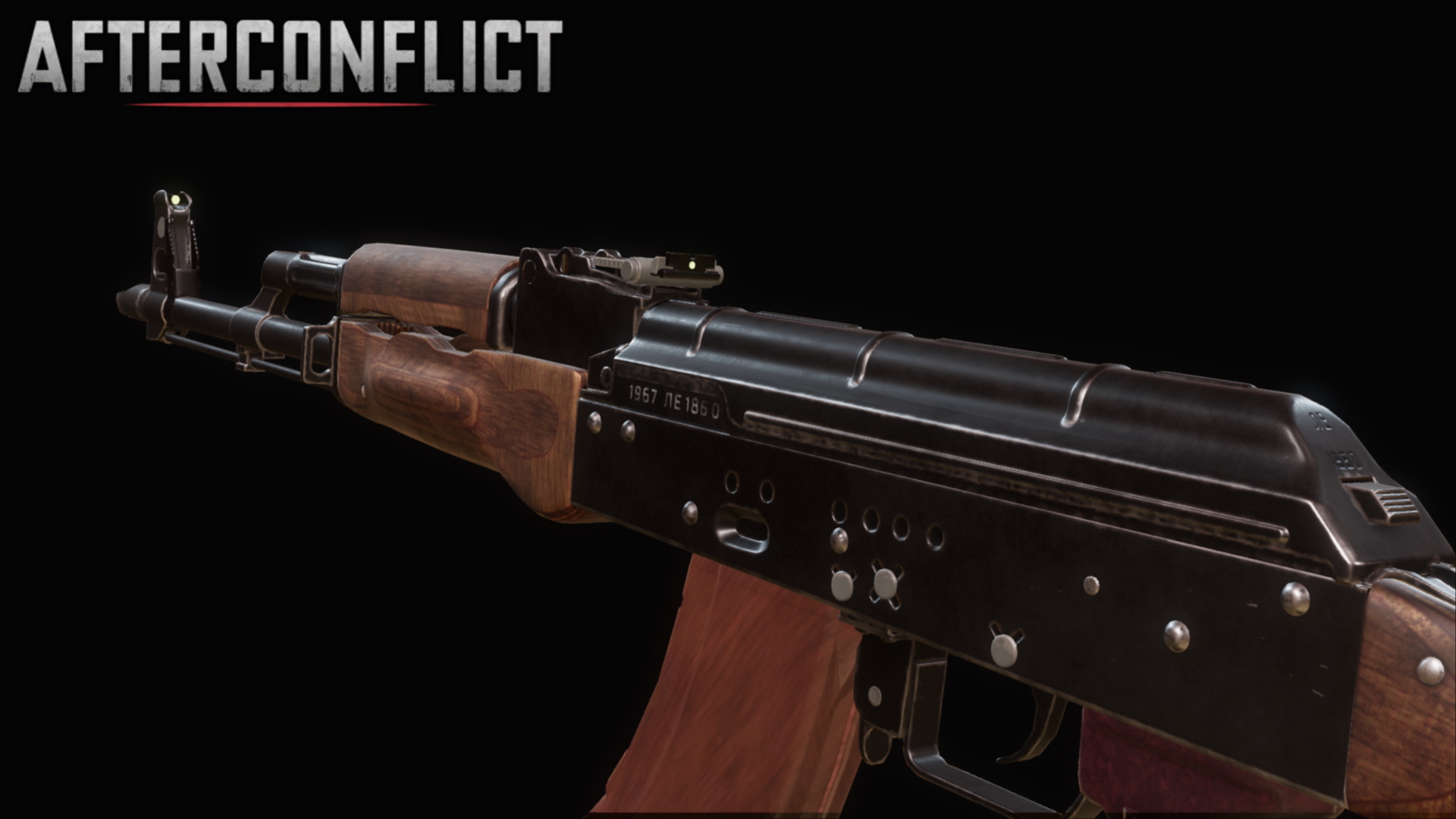 Some believe the AKMS's stock to be interchangeable with that of the standard AKM's stock, this however is incorrect as the AKMS's receiver is unique to facilitate the attachment of its folding stock, which also vary depending on if it has a sight rail or not, such as the AKMSL as seen here that will work as intended in-game. 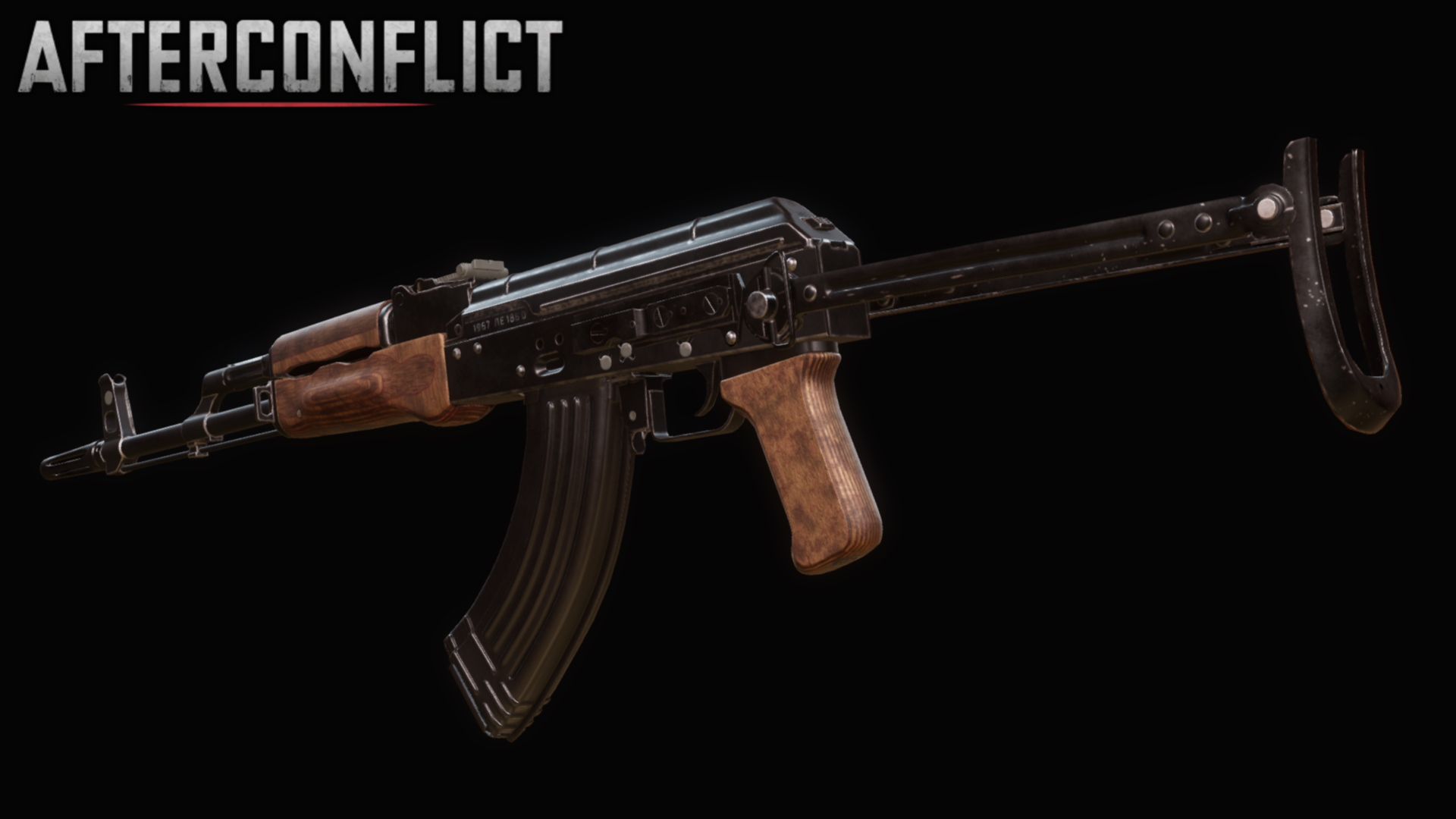 Soon you'll also see some other folding AK variants, some that you can likely guess by the contents of this article, and some that while very similar, are suited for more covert operations.

Now that the added features segment of this development update is finished, we have some very interesting news to share with you that you've no doubt been waiting for, starting with the Afterconflict Development Roadmap!

Counting down from 5 to 1, this roadmap is a general guide to our plans for the development of Afterconflict leading up to our Steam Early Access release. We chose to forgo the addition of dates for the purpose of allowing development to proceed at a more natural (currently brisk) pace, instead of having to either announce a delay on the release of listed features, or to essentially waste time while we are ahead of our internal estimates lest we have to re-estimate all of the dates on the roadmap in accordance with being way ahead of schedule.

This roadmap is also by no means exhaustive of what we plan on doing, and there may be a few surprise additions on the way that aren't mentioned in the text...

Another one of our Patreon rewards is exclusive access to a channel on our Discord server, which we'd like to invite you to join!