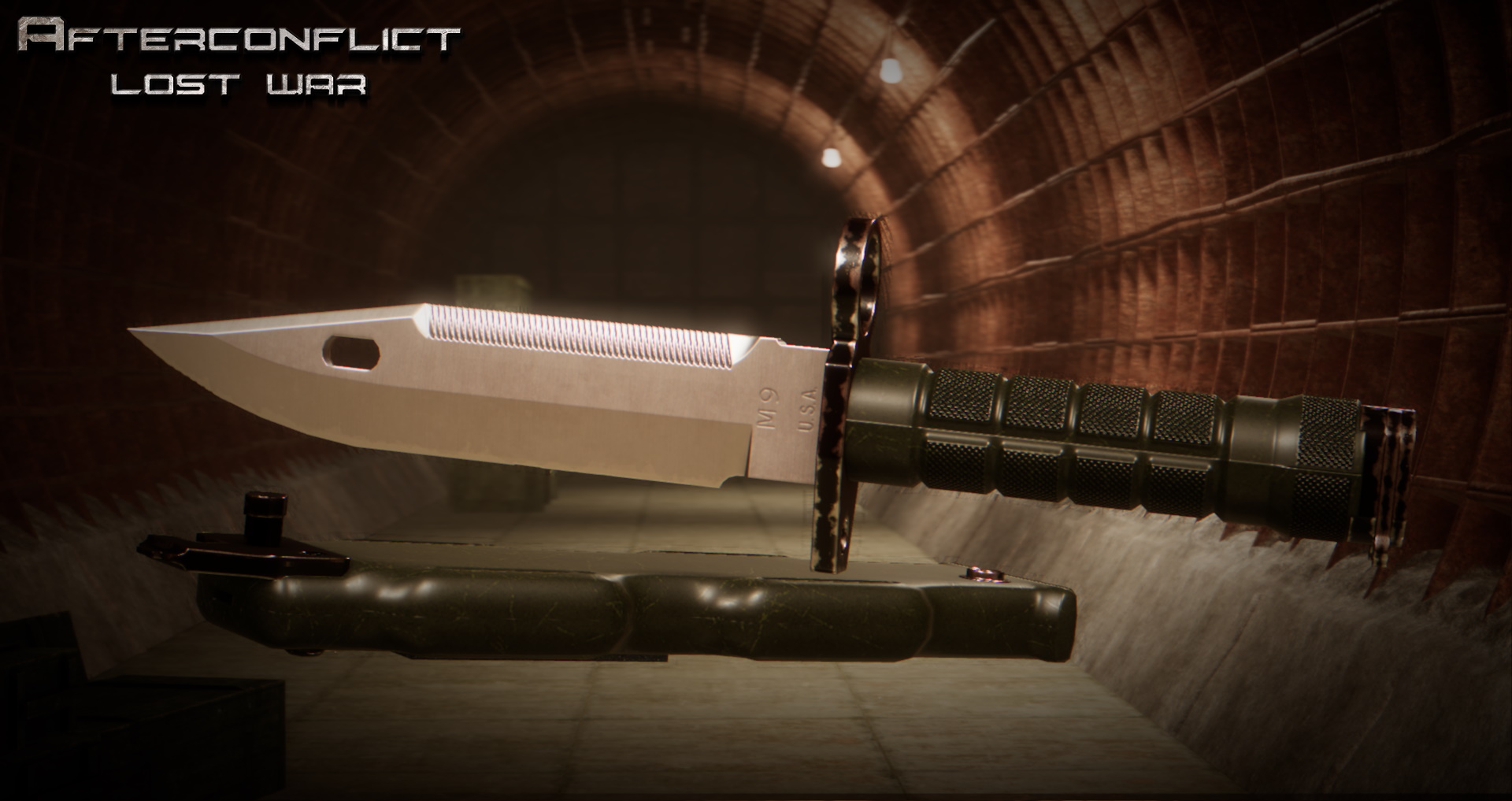 In this update, we've been continuing to add various pieces of content both common and rare, from the widely recognisable M9 bayonet, AKM, and VSR uniforms, to the less well known MK3A2 grenade and the KS-23 with its various different versions.

Having won the competition to be the US Army's new bayonet in 1986 and being first issued to the US Army Rangers in February 1987, the M9 Bayonet (officially the M9 Multi Purpose Bayonet System) was the US Army's replacement for the previous, less versatile M7 Bayonet (which continued to be used by the USMC).
In Afterconflict, we pride ourselves on attention to detail and the M9 Bayonet is no exception, ours is the period-correct 2nd Generation version with the flat-top M, "lazy" 9, and no date chevron.

Along with the well-known M9 Bayonet, we have the far less known MK3A2 Offensive Grenade, often called the "Concussion Grenade" due to it incapacitating the enemy through its raw explosive power rather than fragmentation, which is far more controllable and predictable in an enclosed environment while rapidly advancing and/or clearing rooms.
These more controllable characteristics were invaluable to Doughboys clearing trenches during the Great War while the MK3A2 was still simply the Mk III, and we're sure they'll be useful to you while playing Afterconflict too. 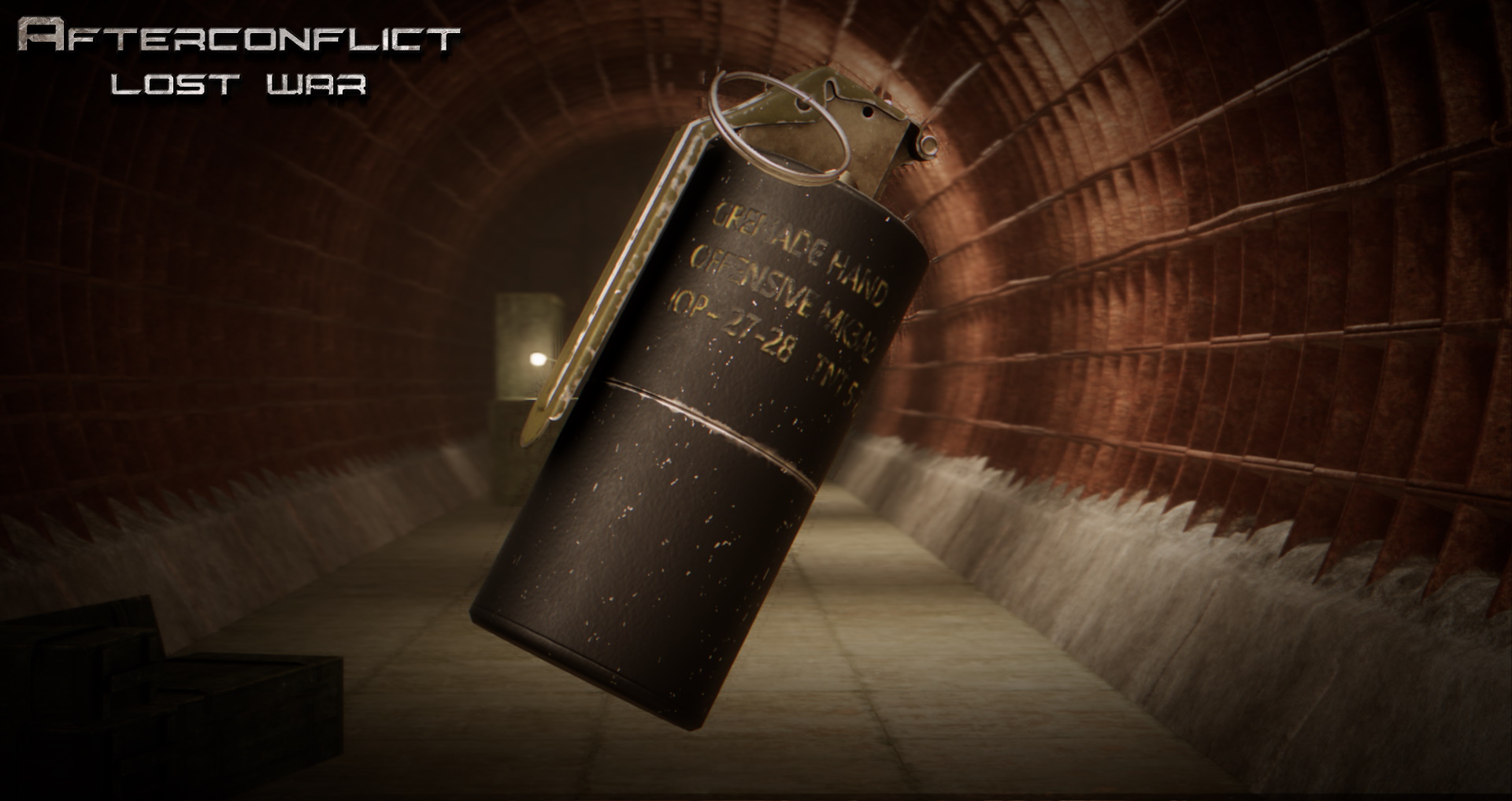 Back over the other side of the iron curtain, the AKM remains one of the most iconic firearms in the world (despite still always being called the "AK-47" on the news, along with anything else with a vaguely banana-shaped magazine), and you'll be seeing it soon in Afterconflict. 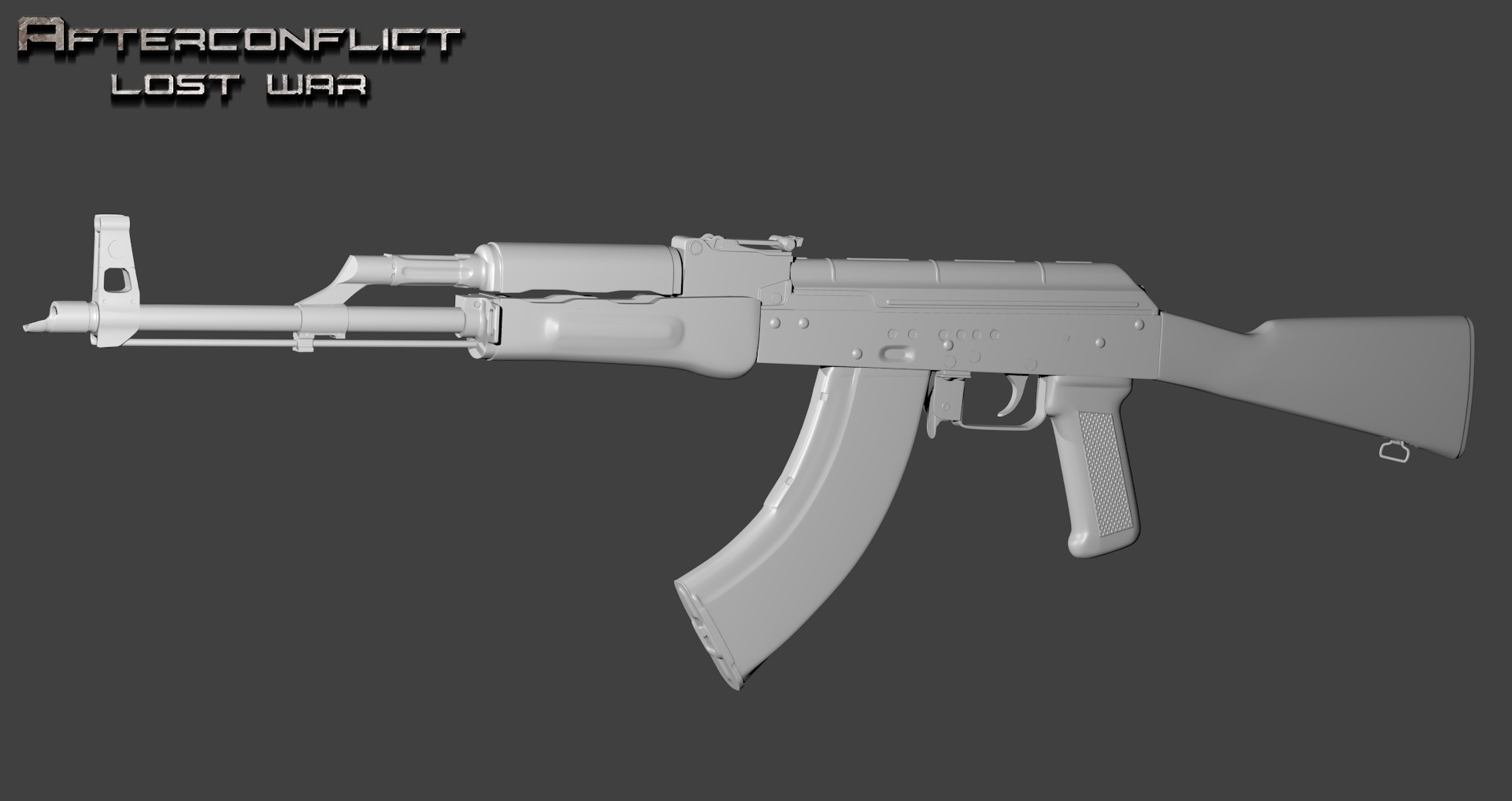 We'll have various different variants of the AKM in-game from the base AKM all the way up to the AKMSNP; as with in real life, the standard AKM will not have a mount for scopes or night vision, that capability is only found on the rarer AKMN, however you could instead simply attach a common set of night ironsights to turn your AKM into an AKMP, the choice is yours. We'll be showing this feature in our next update.

Moving on from weaponry adopted early in the cold war, we have the Dubok and Bravikha camouflage uniforms, prototyped during the 1980s but only truly adopted in the 1990s.
Their more common names are VSR-84 and VSR-93 respectively, however it would be unusual to have the acronym for "Vooruzhennyye Sily Rossii" in a world where the USSR never collapsed. 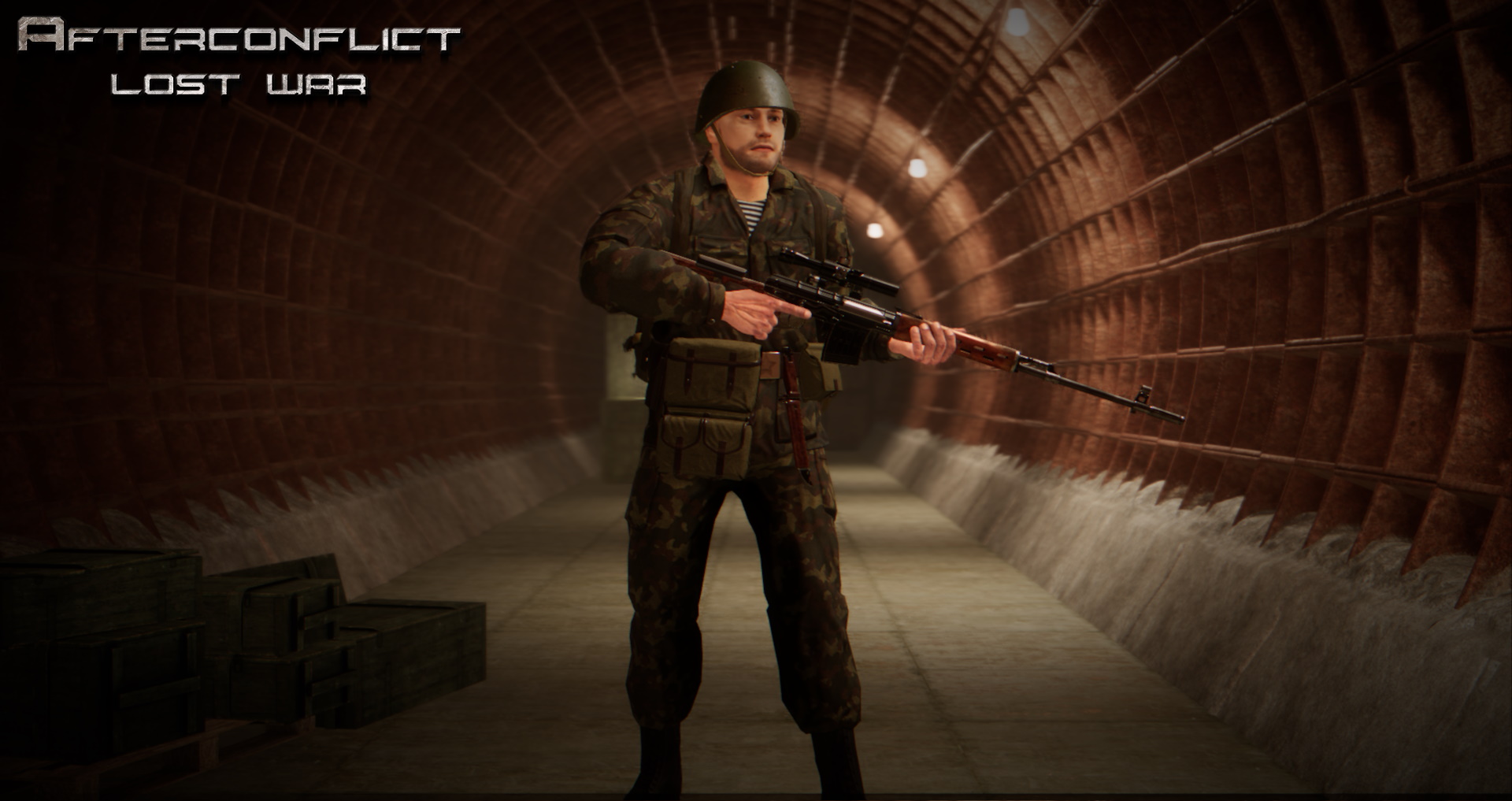 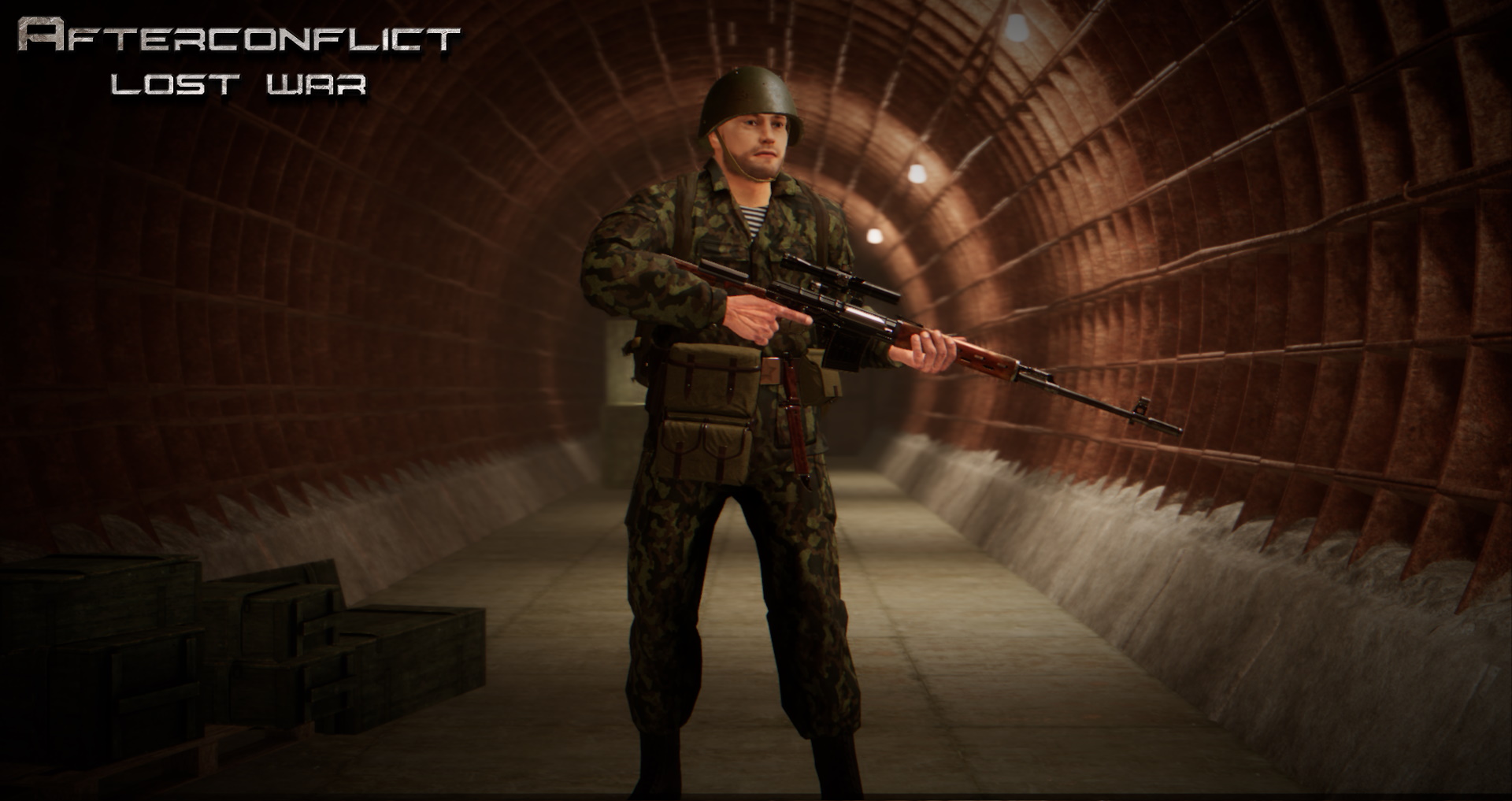 In addition we have the Berezka uniform used by the KGB Border Guards, giving you plenty of options to blend into your surroundings. 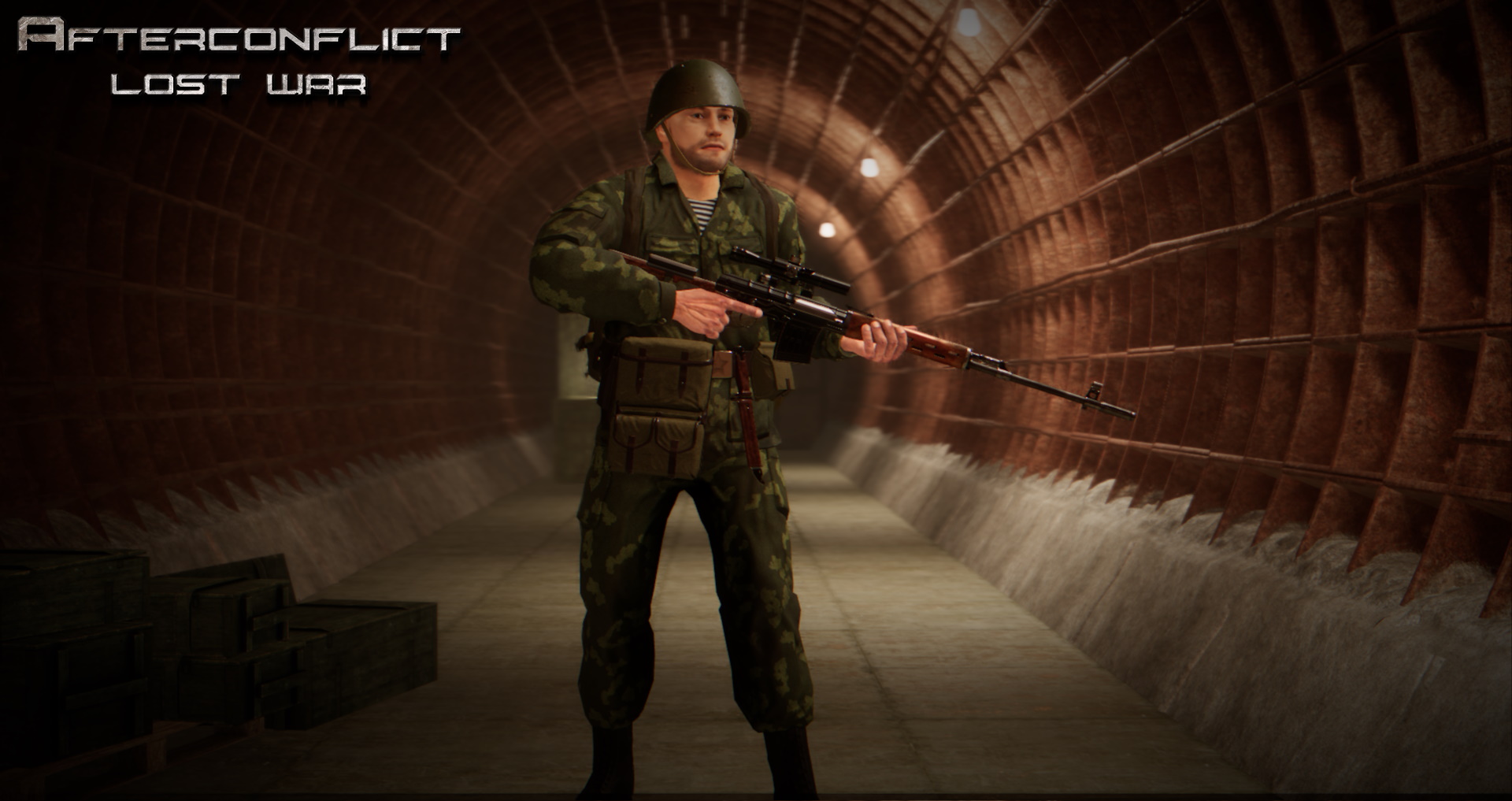 Last but certainly not least we have the KS-23, developed at some point during the 1970s and firing an immense 23×75mmR cartridge, it isn't even considered a shotgun by official standards due to its rifled barrel which was recycled from 23mm anti-aircraft barrels that were rejected from use, classifying it as a carbine. 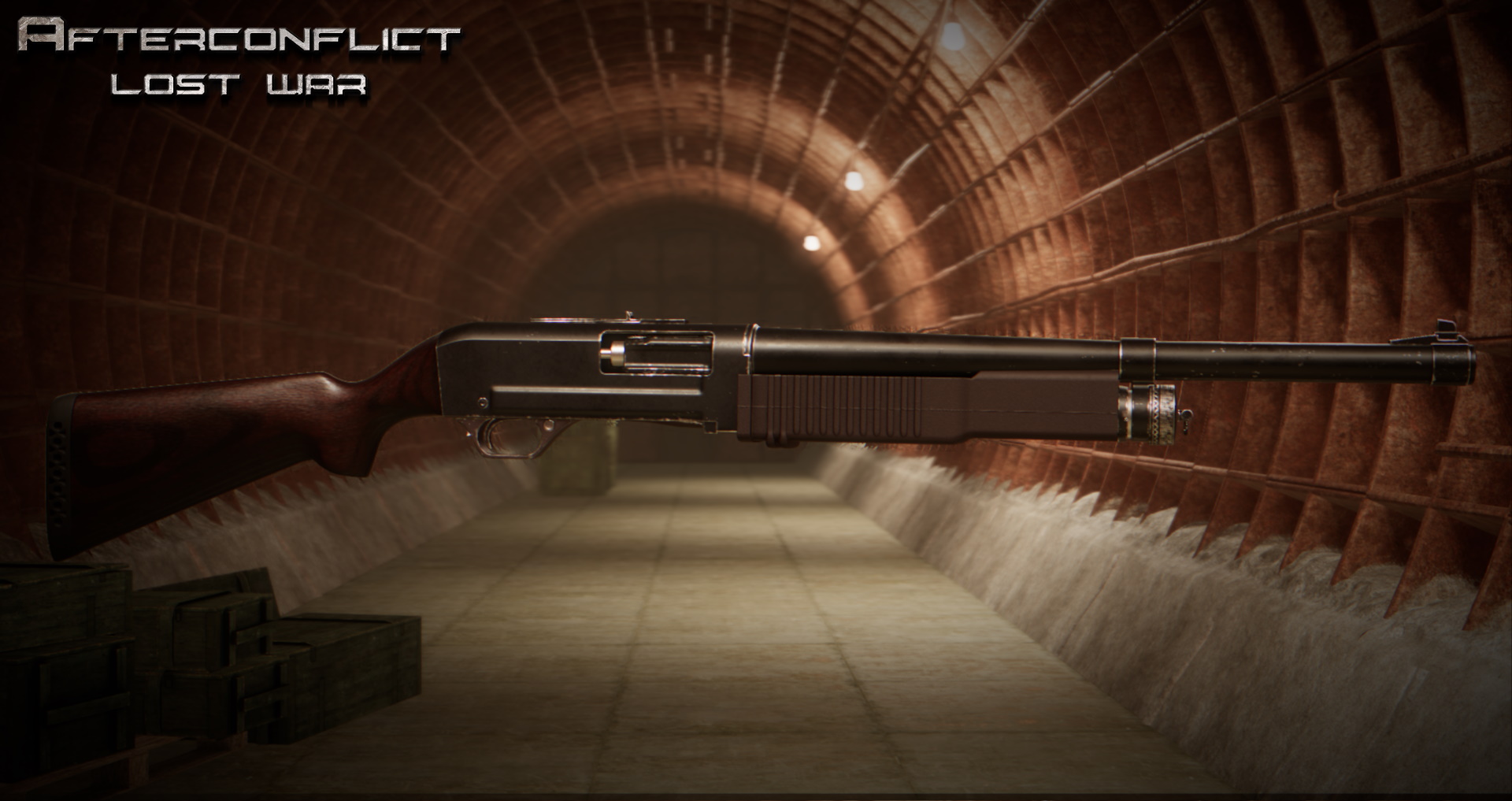 In Afterconflict you'll be able to wreak havoc with all 3 primary variations of the KS-23, the standard version, the KS-23-1 which has a shorter barrel, and the KS-23M, a considerably shorter variant that has a detachable wire buttstock, good to keep handy for close encounters. 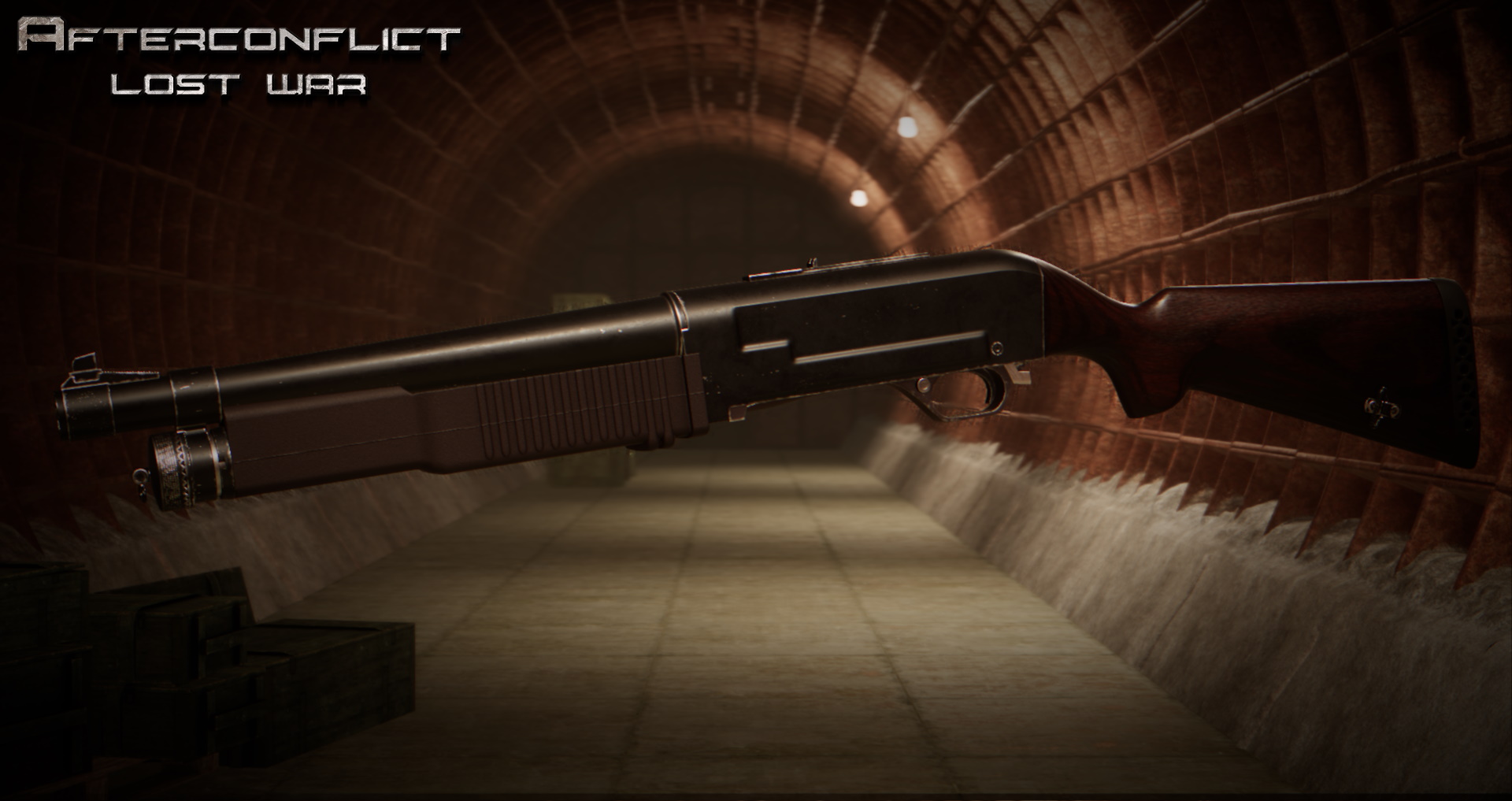 A feature of the KS-23 that's often overlooked is its ability to mount a PU scope via a dovetail mount, not very useful when firing the more conventional Shrapnel-25 shot cartridge, but is likely to come in handy while firing the Barricade slug cartridge, a solid steel slug that has the ability to penetrate cover and vehicles. We'll be showing this in our next update.

The Afterconflict Discord server has been continuing to grow recently and we'd love to have you as part of our community, we discuss all sorts of things from general gaming to sharing different pieces of history from the cold war.